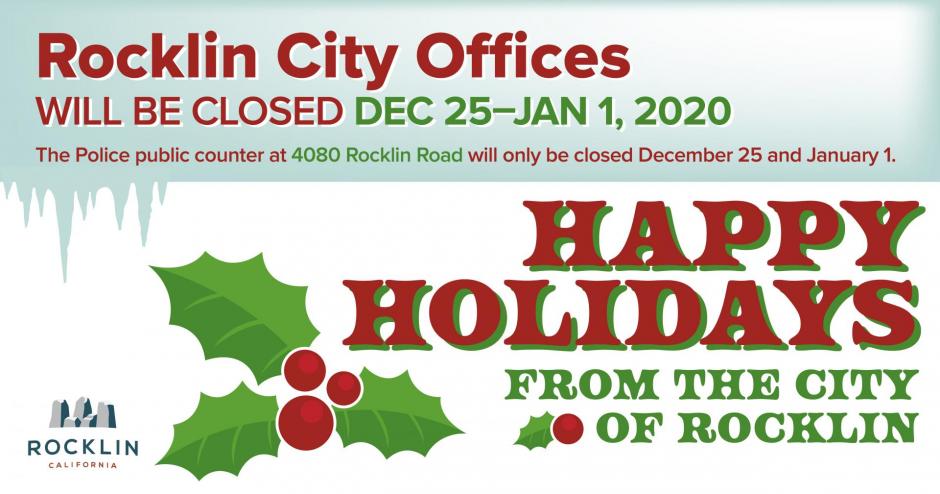 The City of Rocklin public offices will be closed from Wednesday, December 25, 2019, through January 1, 2020 as the City conducts its 22nd annual holiday furlough. Emergency services will continue to be provided at full staffing levels.

“Traditionally, the number of routine calls handled by the City between Christmas and New Year’s Day is low,” said Rocklin spokesperson Michael Young. “This closure saves the City money and allows employees the opportunity to spend time with their families.”

The following City offices and buildings will be closed:

The Police Department public counter at 4080 Rocklin Road will remain open from 9 a.m. to 5 p.m. Monday-Friday, except on Christmas and New Year’s Day, during this period.

General information may be obtained by visiting the City’s website www.rocklin.ca.us.

Back
This item appears in:
This post has been archived and may contain content that is out of date.