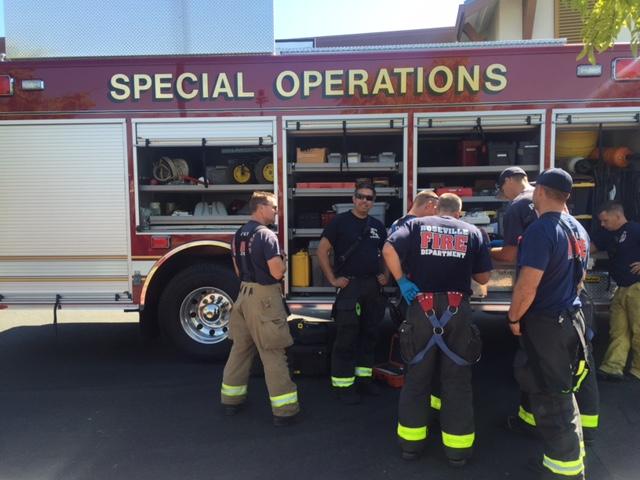 The Rocklin Fire Department responded early this afternoon to the Goodwill store located at 6011 Stanford Ranch Road after receiving a report of an unknown substance discovered in a wardrobe box. Two employees had initially discovered and were exposed to the substance, which caused slight reactions.

Roseville’s Hazmat team was also called to the scene and together the firefighters followed Hazmat procedures which included evacuating Goodwill and the surrounding businesses before making entry wearing protective equipment.

Once inside, the firefighters located the wardrobe box and substance in question. Samples were taken and tests conducted on-scene. The substance was found not to contain hazardous materials.

“Today’s operation was a great example of the cooperation and coordination between the fire departments in our region,” said Rocklin Battalion Chief Martin Holm, who was incident commander on-scene. “Although no hazardous materials were found, it’s better to err on the side of safety and I’m pleased with the report and response by our teams.”

For more information about the incident or the Rocklin Fire Department, please contact Battalion Chief Holm at (916) 625-5304 | Martin.Holm@rocklin.ca.us.