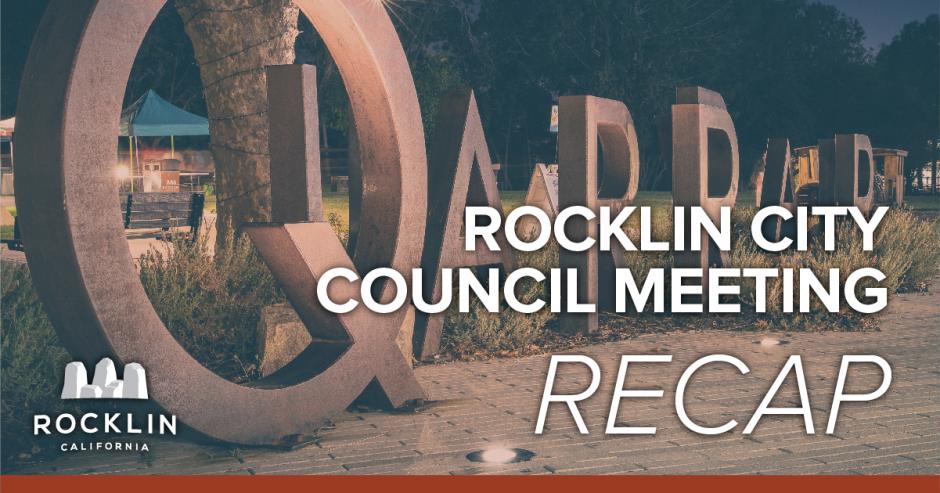 The City of Rocklin requires property owners of vacant parcels within the City to clear their land of weeds and rubbish annually to reduce the risk of fires. If the work is not complete by a certain date each year (June 1, 2021) then the City declares the property a public nuisance and schedules the work to be completed. Costs are billed to land owners.

Rocklin staff has sent letters to owners of approximately 250 parcels, alerting them of the city standards and deadlines for this program.

On Tuesday night, the City Council approved a resolution formally declaring conditions at locations within the Rocklin to be a public nuisance, ordering the weed abatement of the parcels, and set a hearing for potential protest from the public at the City Council meeting scheduled for April 27, 2021 at 6 p.m. at the Rocklin Even Center.

The City of Rocklin is eligible to receive annual Community Development Block Grant funding from the Federal Department of Housing and Urban Development.

The City is required to complete an annual action plan that outlines how the available funds will be spent, and two public hearings must be held for discussion.

On April 13, the first of the hearings was held and staff outlined plans to spend the approximately $280,000 available, which must be spent to meet at least one of three objectives:

Rocklin proposes to use the money to make ADA repairs to public sidewalks and provide grants to three local non-profits: Seniors First, Stand Up Placer, the Salvation Army.

Read more about GDBG and next steps in the approval process here.

For the past 29 years, former Chief Financial Officer Kim Sarkovich has managed the City of Rocklin’s finances with outstanding results. On Tuesday night, the City Council bid her farewell in her retirement, as she looks forward to more personal and family time.

Under Sarkovich’s guidance, Rocklin has prospered in good times and been a model of stability in times of economic upheaval, due to sound fiscal management and Council policies.