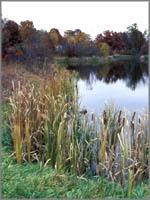 Most WNV infections are mild and often clinically unapparent. Approximately 20% of those infected develop a generally mild illness. The incubation period is thought to range from 3 to 14 days. Symptoms generally last 3 to 6 days.

How to protect yourself

Reports from earlier outbreaks describe the mild form of WNV infection as a febrile illness of sudden onset often accompanied by:

Rash: A minority of patients with severe disease developed a maculopapular or morbilliform rash involving the neck, trunk, arms, or legs.