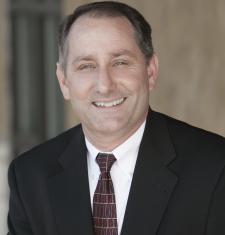 During a special meeting on September 14, the City Council interviewed nineteen candidates who applied to fill the open seat.  The interview process, including Council discussion and deliberation, was open to the public.

Broadway is also seeking a four-year Rocklin City Council term during the November election.  If elected, he would resign the current two-year appointment (the remainder of Ruslin’s term), and accept the full four-year elected term.

“We are pleased to have Ken on the Council”, stated Mayor Greg Janda.  “His long history of community involvement in Rocklin gives him a unique and valuable perspective.  Ken’s deep understanding of municipal issues will be a great asset.”

“It is a great honor to be appointed to serve on the Rocklin City Council”, said Broadway.  “I’m proud to say that I live in Rocklin and my family loves this community.  Rocklin is a progressive, forward thinking and well managed city and my goal is to ensure that it remains that way.”

Broadway will be formally sworn in during the City Council meeting on September 27, 2016.