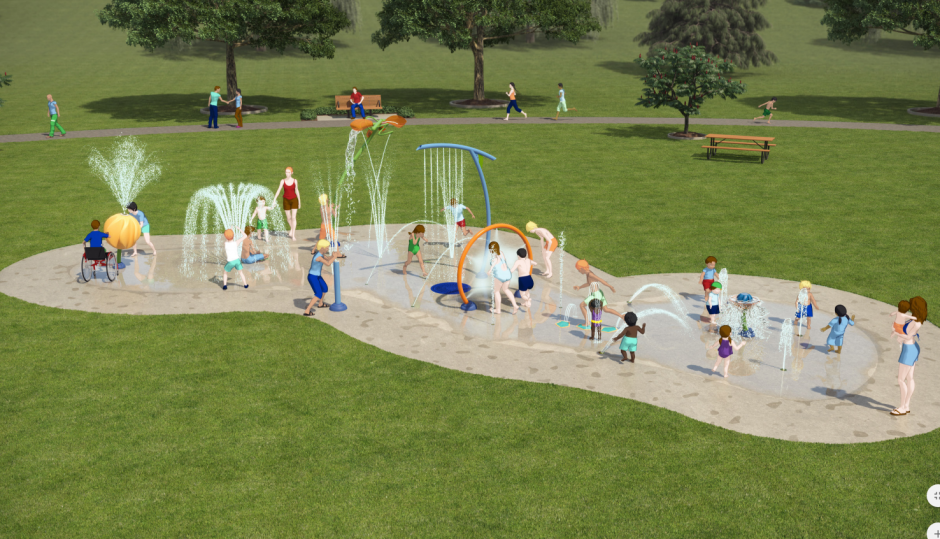 Plans for a new splash pad at Johnson-Springview Park are taking shape after City Council accepted staff’s recommendation to construct a water feature similar to amenities in Kathy Lund and Whitney Community Parks.

The new splash pad design utilizes a flow through system as opposed to recirculating the water, fits in the established footprint, and features popular apparatus suitable for toddlers to teens. At $422,600-$522,600, it also costs significantly less than two other potential splash pad designs.

The splash pad project was initially brought to Council in November of 2018, with conceptual recirculating water designs that included a variety of natural elements such as granite rock and waterfalls. Staff received received two bids on that concept this spring, with the lowest coming in at nearly $800,000. City Council, concerned with the high cost, directed staff to look into other options.

Staff worked with the vendor that supplied the equipment in at the City’s current splash pads and received the now-approved design recommendation at no cost to the City. A bid for construction of the splash pad will be completed and released, with work anticipated to be complete by the summer of 2020.

During public comment on matters not on the agenda, two residents expressed concern with PG&E’s rates and recent Public Safety Power Shutoffs, asking City Council to consider a future agenda item to discuss alternatives for retail electric service in Rocklin. Council directed staff to place an item on a future agenda, with a target date of Tuesday, Dec. 10.