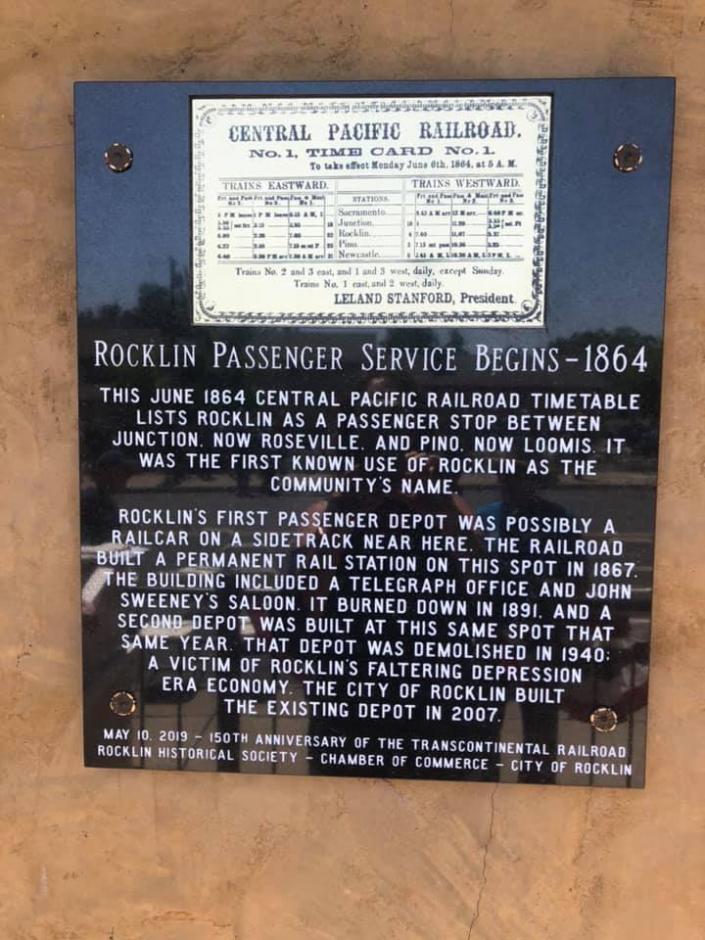 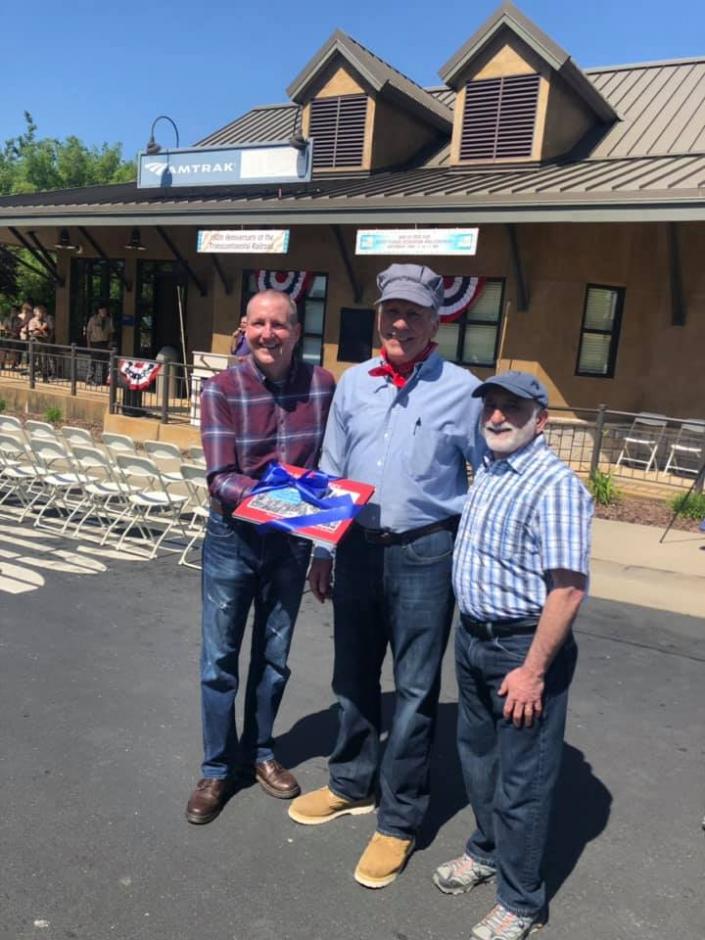 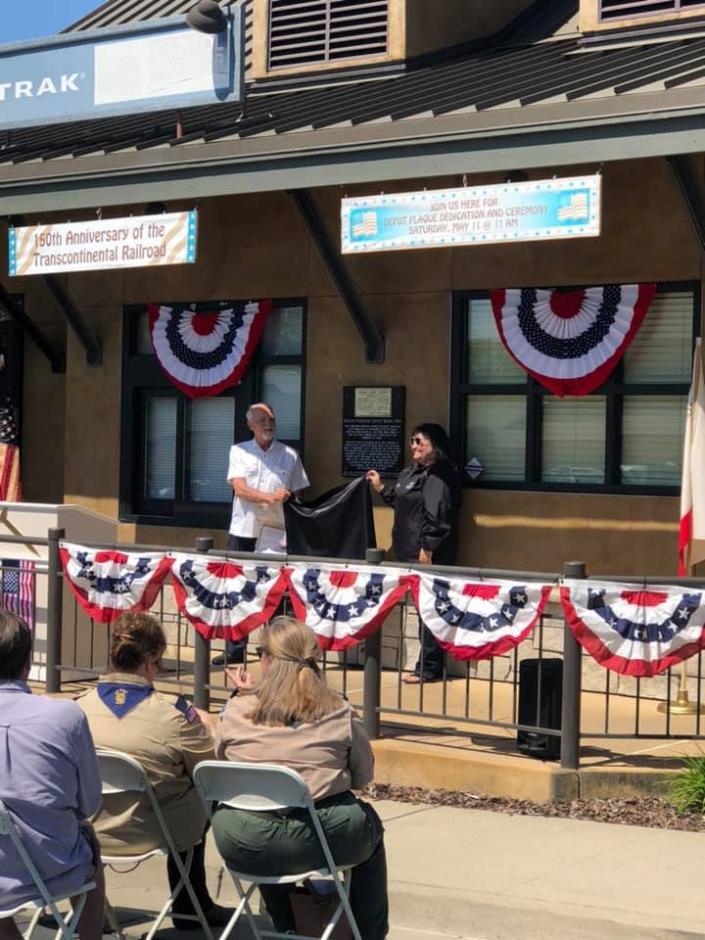 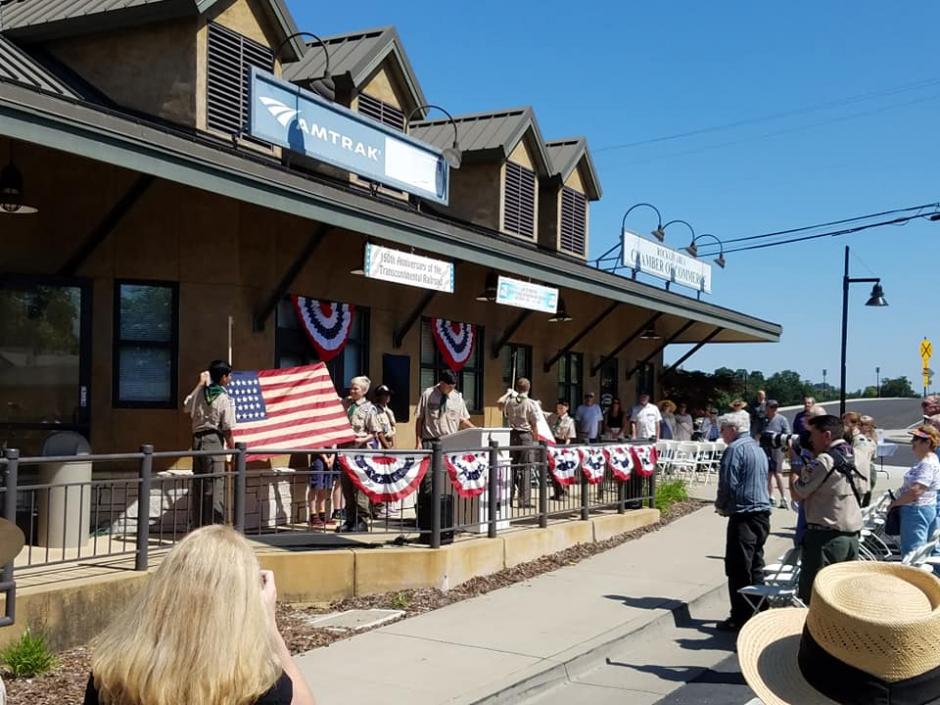 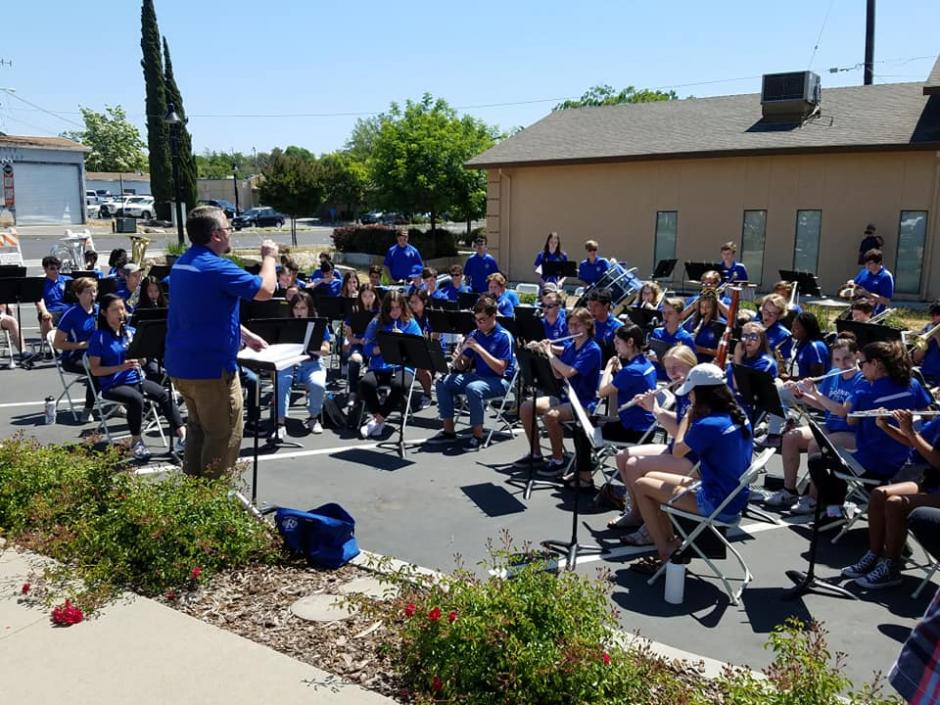 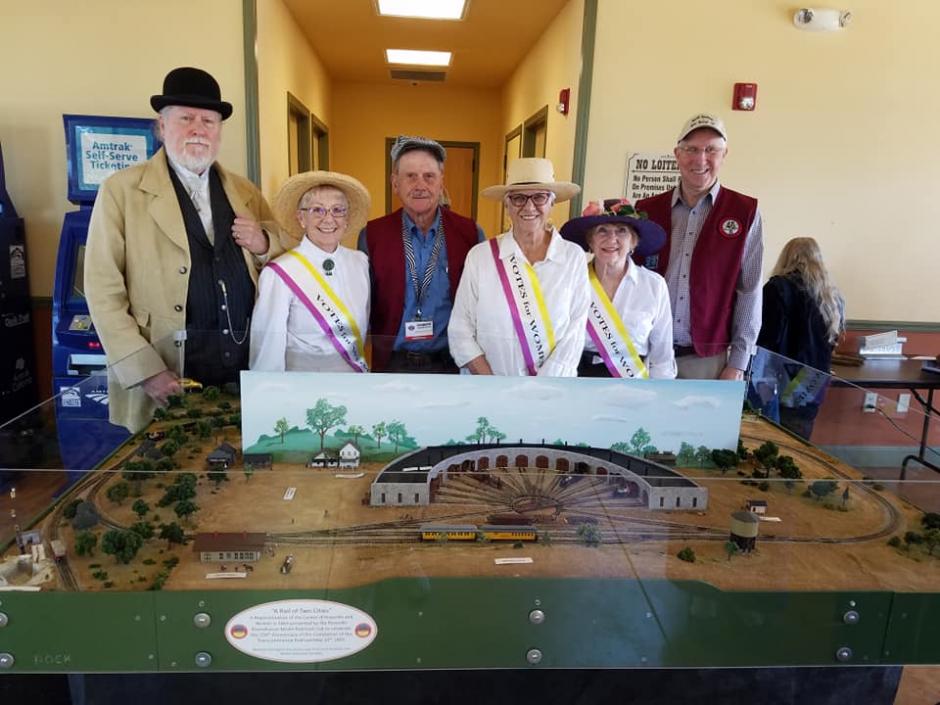 The railroad tracks running through the heart of the City of Rocklin are often viewed as an annoyance due to the intermittent noise and traffic delays caused by locomotives.

On Saturday, May 11, the Rocklin Historical Society posted a plaque at the Rocklin train station as a permanent reminder  that the railroad should be respected as a key part of Rocklin’s history and likely the main reason this area was first settled.

“2019 marks the 150th anniversary of the completion of the Great Transcontinental Railway,” said Historical Society member Dr. James Carlson. “Rocklin was the first link to the east from Sacramento completed in 1864. The name ‘Rocklin’ on the Central Pacific timetable from 1864 is also the first record we have of the name’s use.”

On May 11, 2019, hundreds of people gathered at the Rocklin Train Station to celebrate Rocklin’s locomotive history and commemorate the installation of the plaque, which features a replica of the 1864 timetable. The ceremony featured leaders from the Historical Society, the Rocklin Chamber of Commerce,  the City of Rocklin, the City of Roseville, Placer County, the Rocklin High School marching band, and many more.

“Many newer residents of Rocklin have little historical knowledge about our area,” said Michael Stark, a Historical society member who documented the event with photos and video. “The Rocklin Historical society is trying to fill the void with efforts like the plaque dedication and the speaker series held in the community.”

Records state that as the transcontinental railroad was built across the country, the area now known as the City of Rocklin was chosen as a station site by Southern Pacific. The company built one of the largest switchyards in the system and Rocklin boomed. The railyards were eventually moved to Roseville , but the tracks still allowed Rocklin granite mining to thrive. According to accounts by Gene Johnson, there were six saloons, four dance halls, a undertaker parlor, hotels, a newspaper, a furniture store and other general merchandise stores; even two theaters in later years.

By 1910, 22 quarries operated in Rocklin and, in 1912, nearly 2,000 train car loads of granite were sent out of town to become part of the state capitol building and buildings in San Francisco.

So, the next time you find yourself bemoaning a train as it holds up traffic or its horn cuts through the quiet of the night, remember, Rocklin as you know it likely wouldn’t exist without the railroad.