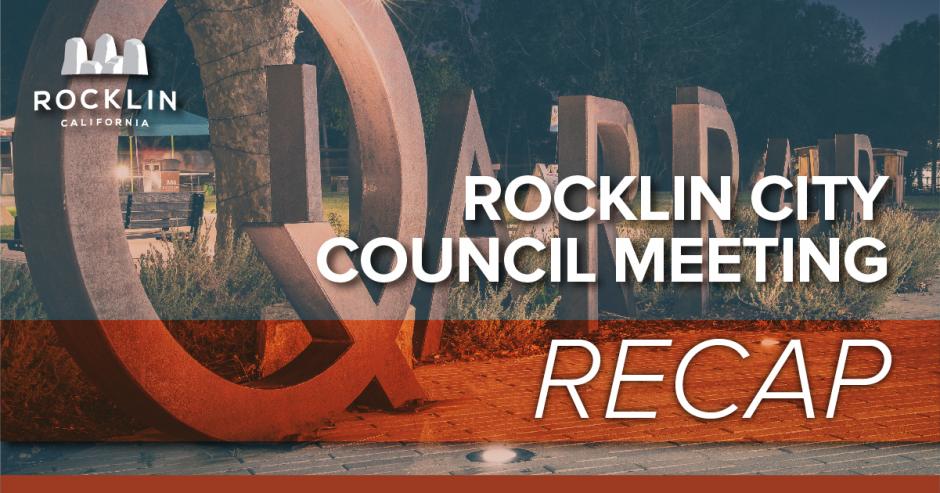 City Laws Regarding Temporary Noncommercial Signs to be Updated

The Rocklin City Council took the first step in updating the City’s ordinance that addresses rules for temporary noncommercial signs, including political signs, in all areas of Rocklin.

Finally, council called for staff to clarify that the time limitations in the amended ordinance refer only to signs related directly to specific elections or events, and no other forms of expression.

This was the introduction and first reading of the proposed changes to the ordinance. For an ordinance to become law, it must be read twice and will become effective 30 days after the second reading. The second reading in this case will likely be scheduled for the Sept. 28 City Council meeting.

Rocklin resident David Bass, a private attorney and former district attorney in Placer County, was appointed to fill a vacancy on the Rocklin Planning Commission, with his term expiring on June 30, 2022. Mr. Bass is also involved with other Rocklin organizations including the local Rotary Club and the Rocklin Police Activities League.

Abigail Wriston was appointed as the youth commissioner on the Parks, Recreation and Arts Commission, and will serve a term of one year.

Wiljaya Perera was appointed to the Board of Appeals through June 30, 2024.

The City’s first Investment Advisory Committee was also formed, with the appointment of Robert Cook, Ronald Dolinsek, and Karl (Gregg) Smith, with Jeffery Schnoebelen to serve as an alternate.

The crime rate in the City of Rocklin decreased by 13% from Jan. through August of 2021, when compared to the same period last year. While theft from vehicles has seen a decrease of 18% in that same time period, Rocklin PD is still encouraging residents to be vigilant in removing items form their vehicles, locking vehicles doors when not in use, and parking them inside when possible.

Catalytic converter thefts, which are categorized as larceny – theft from vehicle, continue to be prevalent in Rocklin and region wide.