Rocklin Promotes Longtime Employee to Director of Parks and Recreation 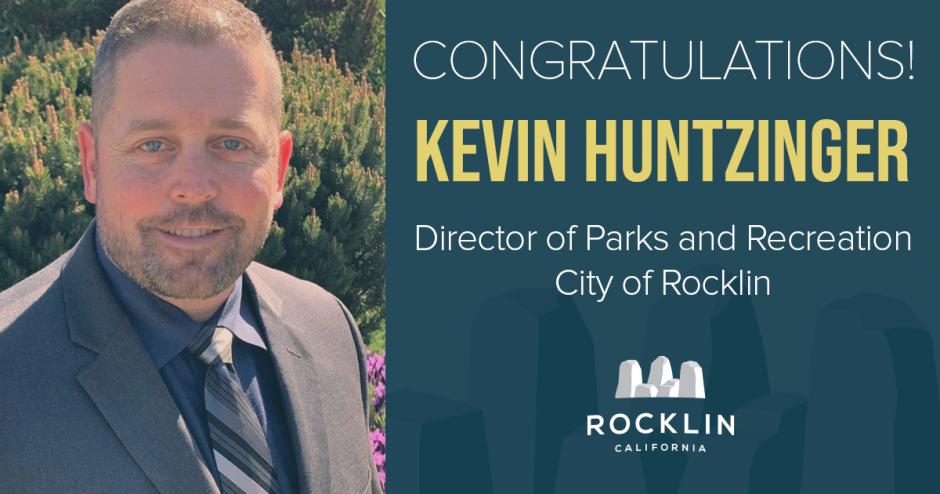 Kevin Huntzinger has been promoted to Rocklin’s director of Parks and Recreation after more than 16 years with the City. Huntzinger formally moved into his new role this week, taking on the overall responsibility for managing the programs, operations and staff of the entire department.

Huntzinger most recently served as the deputy director of Parks and Recreation, and has filled the leadership role in a temporary capacity since the departure of the former director in the fall of 2020.

“I often hear from residents that the facilities, programs and services offered by the Rocklin Parks and Recreation Department are central reasons they chose to live in the City,” Huntzinger said. “I’m honored and excited to continue department’s tradition of excellence and know it is only possible through the efforts of our dynamic team and engaged community partners.”

Huntzinger began working for Rocklin Parks and Recreation in 2005, holding progressively responsible roles within the department. He has a bachelor’s degree in Recreation from San Jose State University and enjoys camping, spending time with his family, and watching his beloved 49ers and A’s in his off time.

“Kevin is extremely knowledgeable in the required areas of expertise of the department and highly respected in the community,” City Manager Aly Zimmermann said. “He is a proactive problem solver and team player who is always willing to jump in and help. Kevin has proven himself to be capable and ready to lead our Parks and Recreation team.”

Huntzinger looks forward to envisioning the future of the Sunset Whitney Recreation Area, continuing to strengthen partnerships with youth sports organizations, and to managing the development of programming at Quarry Park Amphitheater and other City park venues.

For more information on Rocklin Parks and Recreation, visit www.rockin.ca.us/parks.