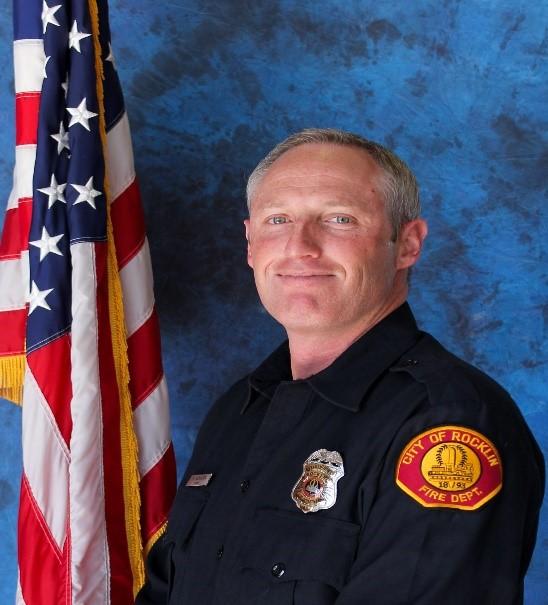 Alton Tate, who was recently promoted to the position of Fire Captain with the Rocklin Fire Department, knew when he was nine years old that he wanted to be a firefighter.

Growing up, Tate lived next door to a fire captain who would invite him to the fire station to see the firetrucks up close and to regale him with stories of his adventures. Tate realized then that’s what he wanted to do most.

“It is a huge honor to be Fire Captain for Rocklin,” Tate said. “It has always been a dream of mine and I am so happy to serve a community I love. As a captain, one of my responsibilities will be to ensure our firefighters are trained well in order to give the community the best service possible. We encourage people to stop, ask questions, and know that we live here, we work here, and we love what we do.”

Tate joined Rocklin Fire nearly 19 years ago after working for the Nevada County Fire Department for three years. He holds a bachelor’s degree in fire science with a minor in business management.

Fire Chief Reginald Williams is excited to have Tate as a leader in the department looks forward to his future achievements.”

“Alton consistently presents himself in a professional and humble manner, showing compassion and empathy for the needs of others,” Chief Williams said. “He also has a passion for public education and can often be found in Rocklin schools teaching children how to prevent fires as well as how to escape burning structures.”