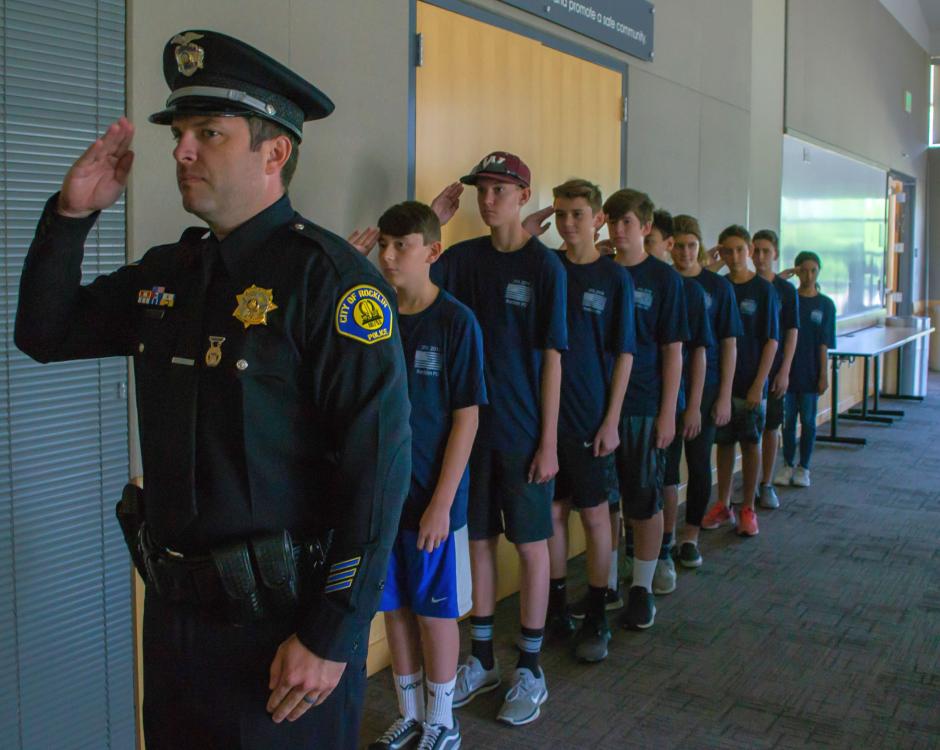 Middle schools in the City of Rocklin will benefit from the presence of a third school resource officer in 2019 thanks to a grant award of $551,315 from the California Department of Justice. The grant funding will cover the salary and benefits of the resource officer position for two and a half years, as well as fund additional vapor sensors in schools.

Rocklin was one of 56 local government agencies throughout the state to be awarded funding through the Proposition 56 Tobacco Grant Program this month. The program is focused on combatting illegal tobacco sales and marketing of tobacco products, including vapor inhalation devices, to minors in California.

“Protecting the safety of kids in our community takes on many forms and the funding provided by the California Department of Justice is vital to expanding police department relationships in local schools,” Rocklin Police Chief Chad Butler said. “I’d also like to recognize School Resource Officer Jonas Wilks, the support of California Assembly Member Kevin Kiley, the Rocklin Unified School District and Christina Ivazes with the Coalition of Placer Youth, in helping the department win this grant, one of the largest in Rocklin PD history.”

The grants announced by the Department of Justice this month supplement $37.5 million in tobacco enforcement grants awarded earlier this year, including $200,000 provided to Rocklin PD for youth outreach, tobacco retail inspections and training.

The City of Auburn and Placer County were two other local agencies to receive funding in December of $150,000 and $423,000, respectively.

The Tobacco Grant Program is funded by Proposition 56, the California Healthcare, Research and Prevention Tobacco Tax Act of 2016. Proposition 56 raised the cigarette tax by $2 per pack, with an equivalent increase on other tobacco products. It allocates $30 million annually to the Department of Justice for the Tobacco Grant program for distribution to local law enforcement agencies for the support and hiring of peace officers for various activities. For more information, visit oag.ca.gov/tobaccogrants.