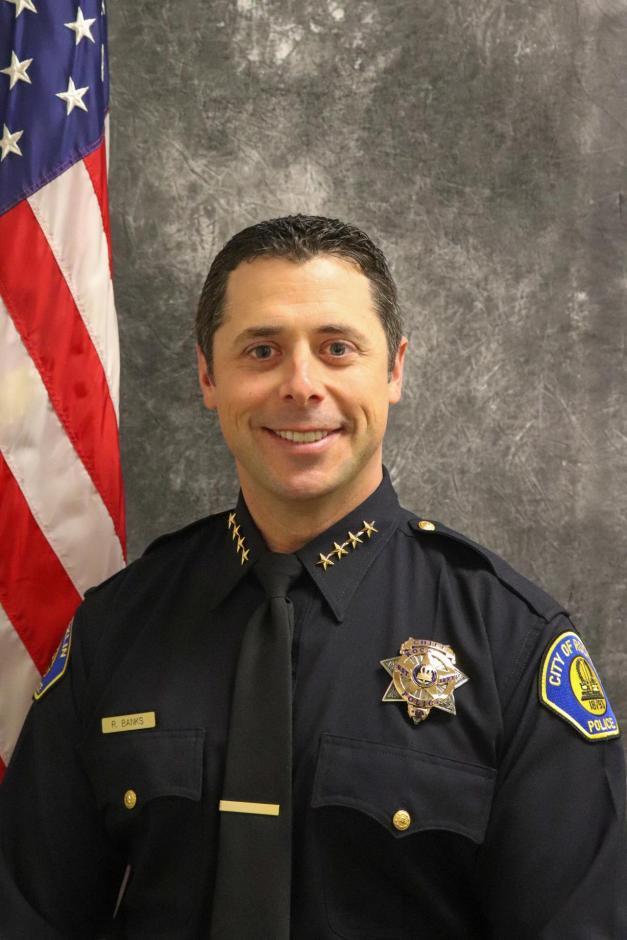 Rustin Banks has been hired as Chief of the Rocklin Police Department and will step into this role on December 13.

Banks joins the City of Rocklin from the Solano County Sheriff’s Office, where he most recently served as a captain commanding the Field Operations Division.

“It will be my honor and privilege to lead the Rocklin Police Department, an agency that is known far and wide for their high level of professionalism and community engagement,” Banks said. “I am eager to build upon the strong foundation the members of this Department have worked so hard to create.”

Banks began his law enforcement career in January of 2005 with Solano County and promoted through the ranks, serving in numerous assignments including patrol, narcotics detective, professional standards supervisor and watch commander. Banks also spent 12 years on the special weapons and tactics team (SWAT). In his time as captain, Banks was loaned to the Rio Vista Police Department to serve as interim police chief from September 2019 to February 2020.

“Chief Banks’ experience with the Solano County Sheriff’s Office and knowledge of Placer County as a longtime resident make him a great fit for Rocklin,” City Manager Aly Zimmermann said. “I’m excited for him to bring his diligence, expertise and enthusiasm to our community.”

Banks holds numerous certificates from the California Commission on Peace Officers Standards and Training and is a graduate of the LAPD/West Point leadership development program. He was the regional representative for the California Association of Tactical Officers (CATO) from 2015-2019.

“The standard of public safety in Rocklin is high and Chief Banks will help the department continue to grow and improve” Mayor Jill Gayaldo said. “We welcome him to ‘Team Rocklin’ and I can’t wait to see his reaction to the community support Rocklin PD receives!”

“I have spent my entire professional career living in Placer County and serving a community nearly 70 miles away,” Banks said. “This feels like a homecoming because for the first time, I will be serving the community that my family and I have been a part of for over 20 years.”

The City of Rocklin will host a community meeting in early 2022, where Banks can meet and interact with the public. The meeting will be advertised when details are complete.