The beauty and sense of nature in Rocklin are, in part, offered by the juxtaposition of developed and undeveloped spaces, also called the wildland urban interface. There are over 4,000 acres of undeveloped land in Rocklin, which can pose an increased fire risk if all properties are not properly maintained.

The city partners with residents and owners to lower fire risk through weed abatement, reducing fire fuels, managed grazing and much more. However, the Rocklin Fire Department is ready to respond in a fire emergency or rescue situation.

Understanding the need for rapid response times, local Boy Scout Mansour Brame recently took up the challenge to help the department clearly mark the many wildland access points in the City as part of his requirements to become an Eagle Scout.

“An Eagle Scout project needs to help the community and I felt marking these access points would assist the Rocklin Fire Department in their work to keep residents and property safe,” Brame said.

Brame led the installation of more than 250 green reflectors in the center of City streets, either to the right or left of the center lane stripe, designating the location of the wildland access points.

“Throughout the project, Mr. Brame was trustworthy, respectful and cheerful,” Fire Captain Joseph Siminski wrote in a letter to the Boy Scouts. “The Rocklin Fire Department wishes to express gratitude and appreciation to candidate Mansour Brame.”

Brame enlisted family, friends and local scouts to assist in the process of physically installing the reflectors, which involved cleaning the road, applying adhesive, and sticking the green dot to the surface. The process was overseen by flaggers to alert vehicles of the activity and fliers were even available to explain the process to curious onlookers.

Brame’s team logged more than 280 hours of work and he is on track to become an Eagle Scout in only his sophomore year of high school.

“I loved every experience I’ve had in the Scouts. I’ve developed leadership skills and have been able to share the knowledge with others. It’s been very rewarding,” Brame said. “I want to thank everyone who has been involved in this project, including Chief (Reggie) Williams, Captain (Joe) Siminski, the volunteers, donors, everyone.” 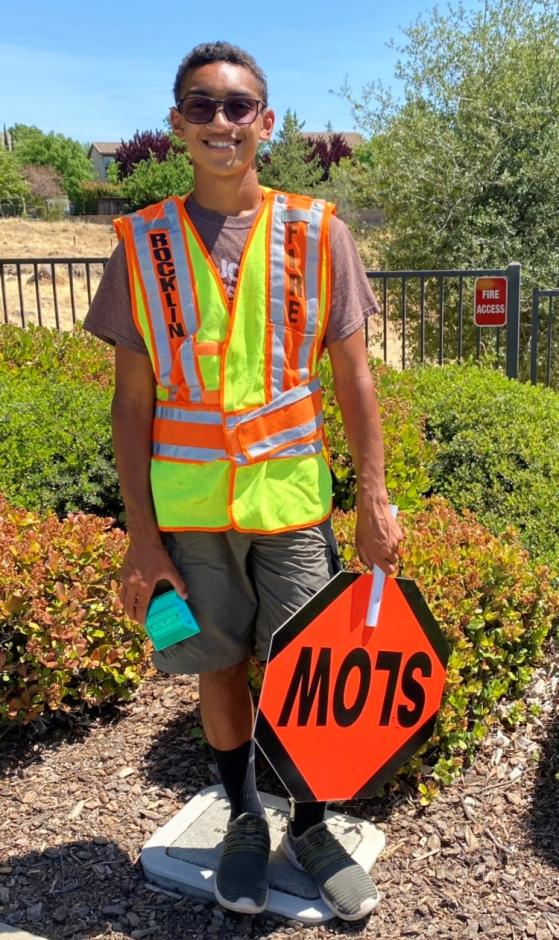 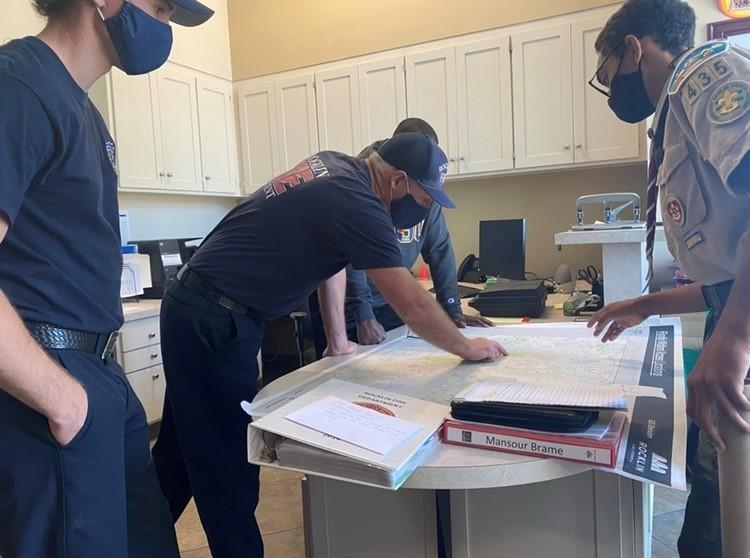 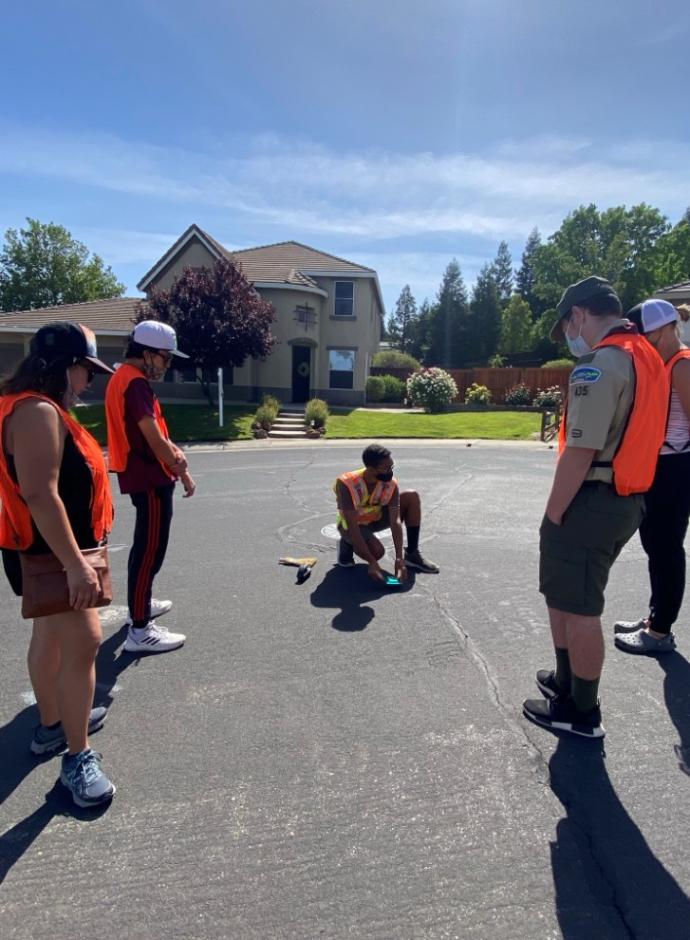 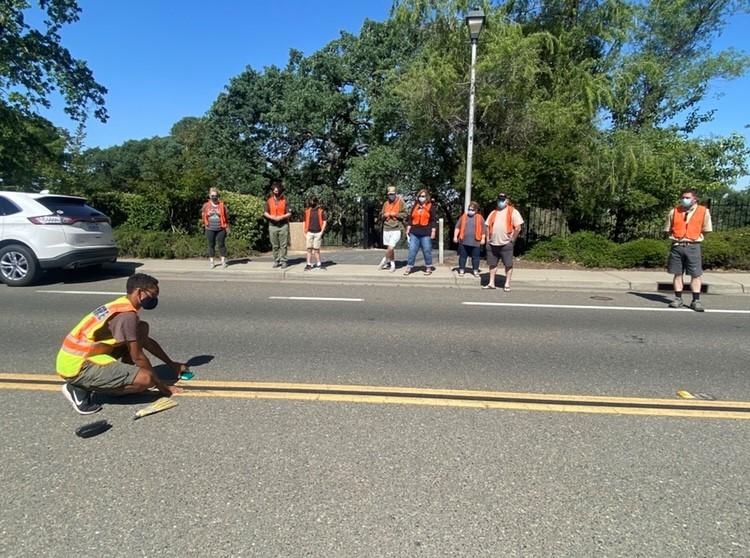 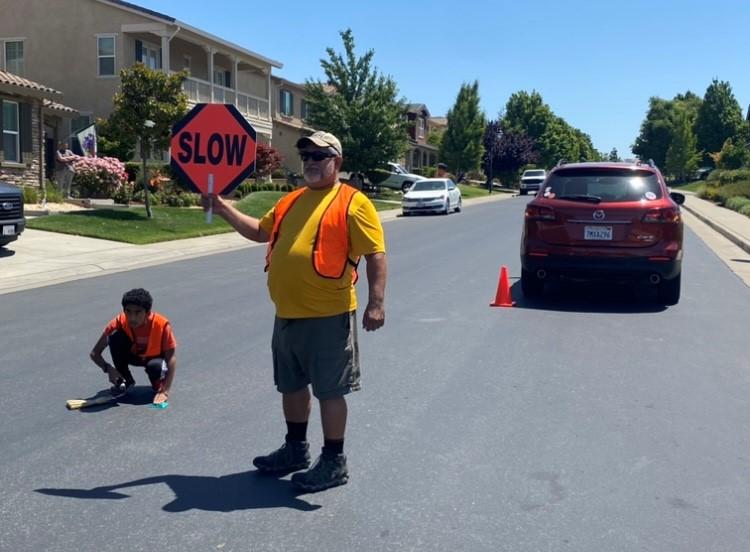 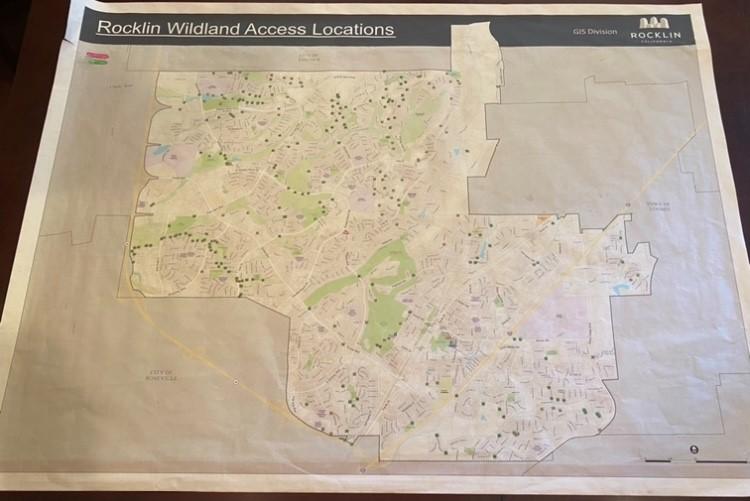