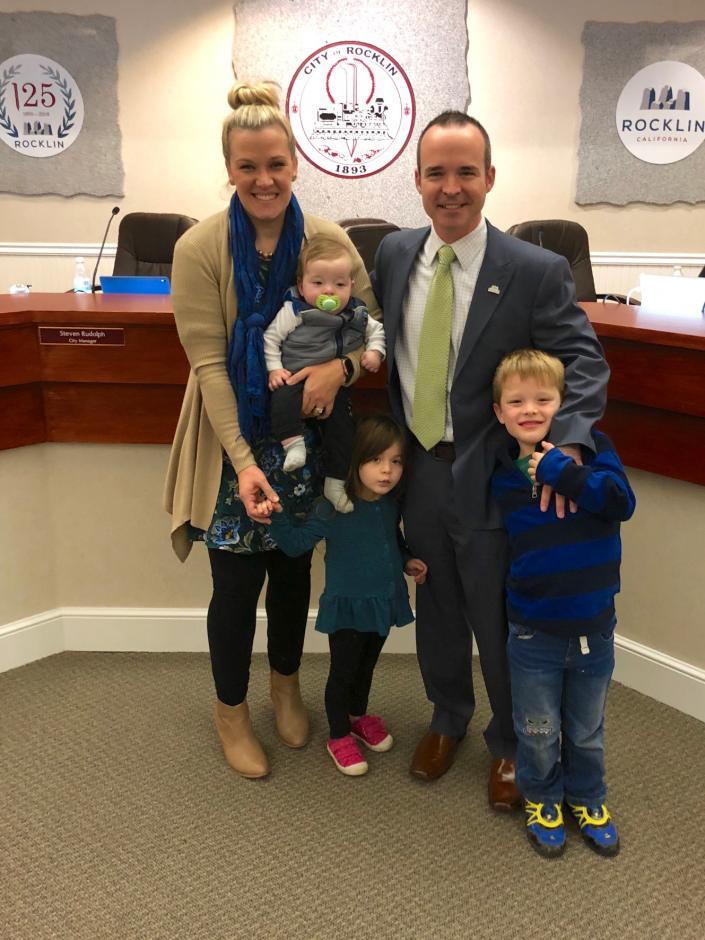 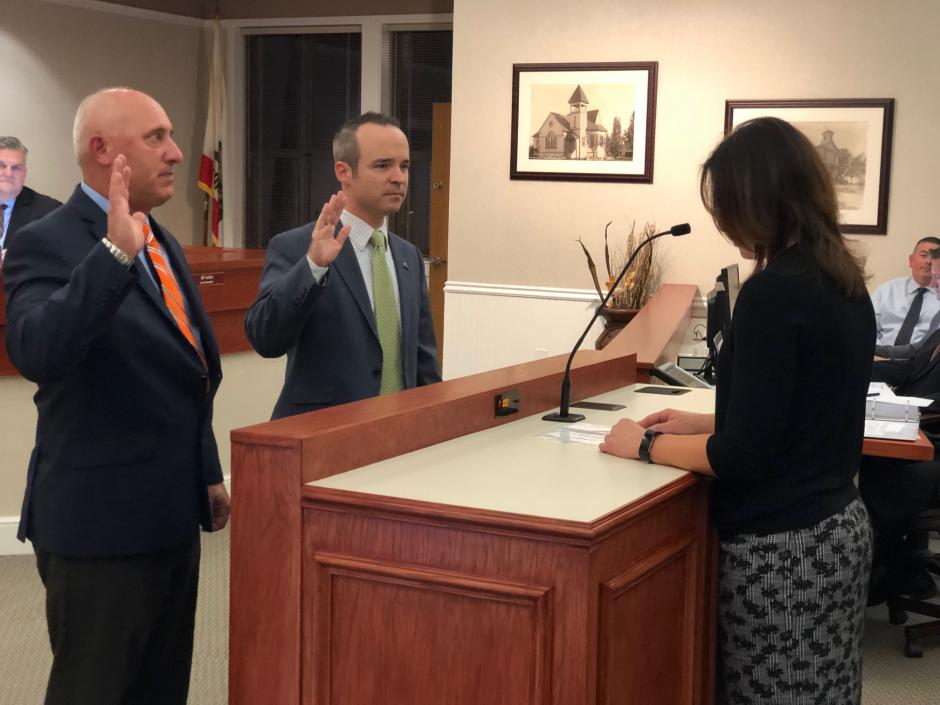 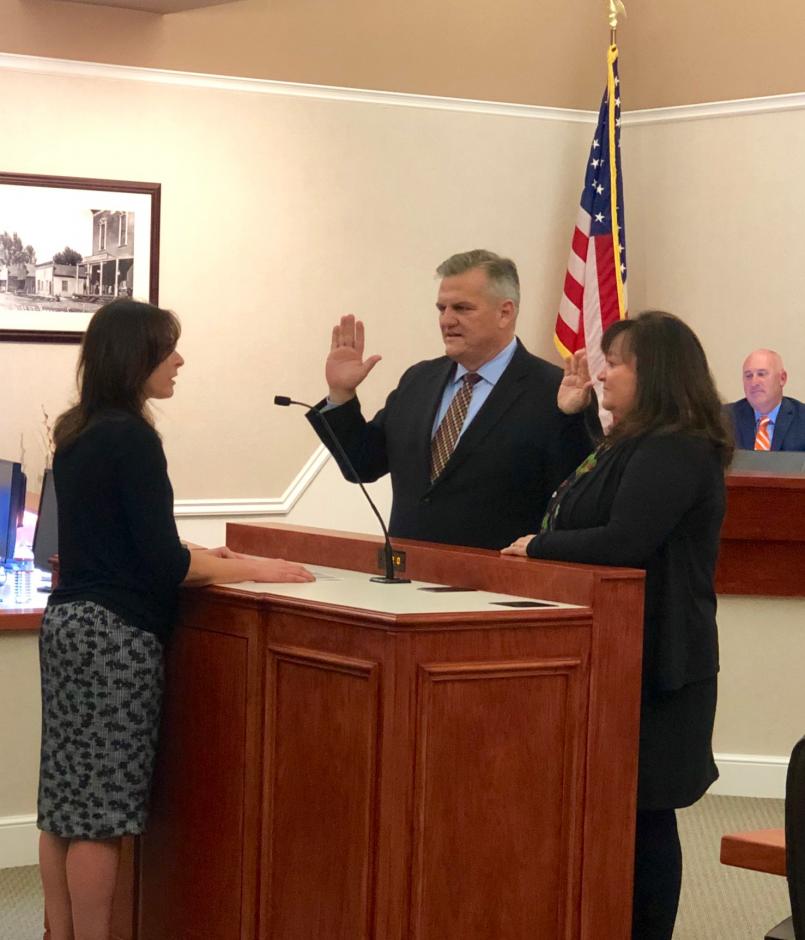 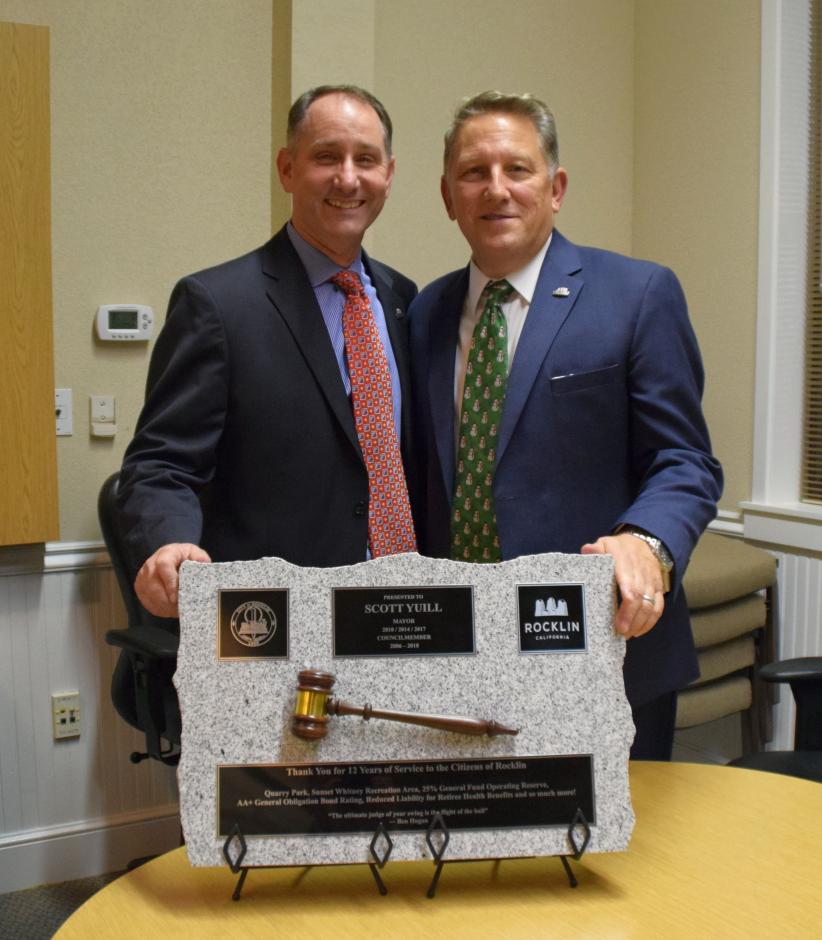 Councilmembers Jill Gayaldo and Bill Halldin were also sworn into office after winning the November election and former Councilmember Scott Yuill was honored for his service over the past 12 years.

“I’m humbled to be trusted with the responsibility of helping lead Rocklin to continued growth and prosperity as Mayor in 2019,” Patterson said. “2018 Mayor Ken Broadway has set the bar very high and I look forward to working with him and the entire Council on behalf of the citizens of Rocklin.”

Patterson was elected to the Rocklin City Council for the first time in November 2016 and served as Vice-Mayor in 2018. His goals as a councilmember include ensuring transparent government, keeping Rocklin among the safest communities in California, and incubating, attracting and retaining quality businesses to spur employment and a stable tax base.

He graduated with a BA in Government from Sacramento State and was admitted to the post-graduate Jesse M. Unruh Assembly Fellowship where he began his career working in the state Legislature. After several years analyzing public policy impacting local government, he left the Capitol for the private sector. Patterson currently serves as the Executive Director of the California Gaming Association. He provides guidance to members on regulatory compliance, state and local legislative policy and public affairs.

Vice-Mayor Janda was first elected to the Rocklin City Council in November 2012 and served as Mayor in 2016.  Janda holds a Bachelor’s degree in Finance from San Jose State University. His professional career spans 38 years in the technology industry working for start-ups to Fortune 100 companies, the last 20 years owning and operating his own technology firm. Janda currently serves as controller for a local company.

In addition to the appointment of the Mayor and Vice-Mayor, Councilmembers Gayaldo and Halldin were sworn in after winning the November election. Gayaldo was appointed to Council in January 2017 to fill a vacant seat before being elected and has experience as a Rocklin small business owner, land owner and resident. Halldin is an award-winning local business owner and active on the boards of multiple local non-profit organizations.

City Council also said farewell to longtime Councilmember Scott Yuill, who chose to step down at the conclusion of his third consecutive term. Yuill has been a Rocklin small business owner and employer since 1998 and has served as Mayor three times including in 2010, 2014, and 2017.

At their final meeting of 2018 on Dec. 12, the Rocklin Parks and Recreation Commission appointed Twiana Armstrong-Bryant as Chair and Suzanne Stockton as Vice Chair for 2019.

The City of Rocklin encourages residents to get involved in their local government through participation in City Council and board and commission meetings. For more information, schedules, and agendas, visit www.rocklin.ca.us/agendas-minutes.