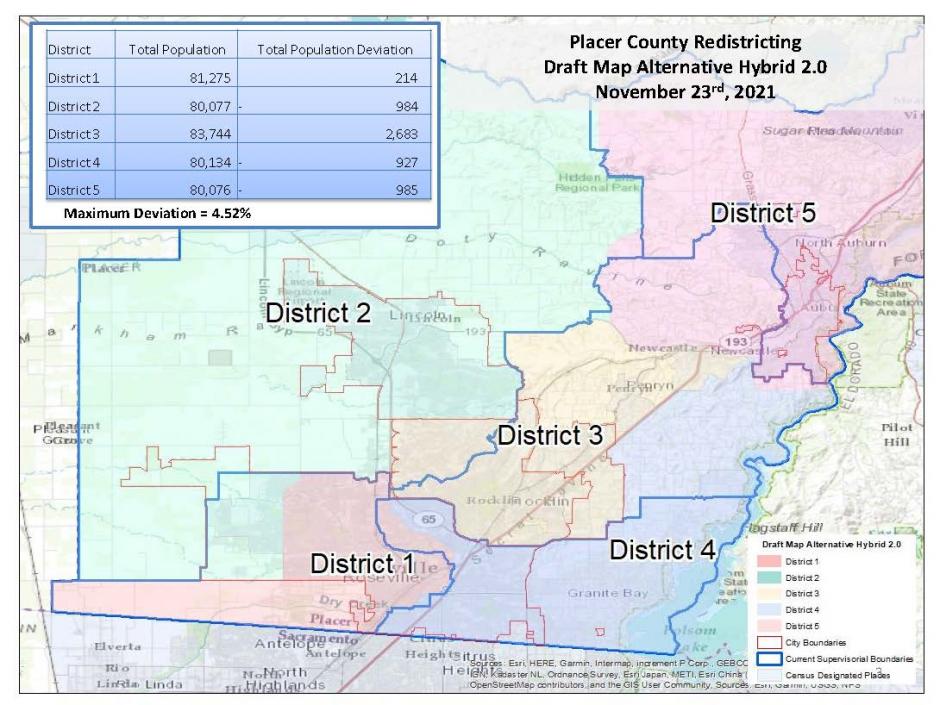 The tentatively approved map would keep Lincoln and Rocklin whole and allow the city of Loomis to remain in District 3 along with  Penryn and Newcastle. These were requests that prevailed due to community input. The tentative map would divide the foothill communities into District 3 and District 4 along Interstate 80, while all of Auburn would be included in District 5.

The map will be presented for adoption at the next regularly scheduled board meeting Dec. 14. If finalized, the new map would take effect in early 2022.