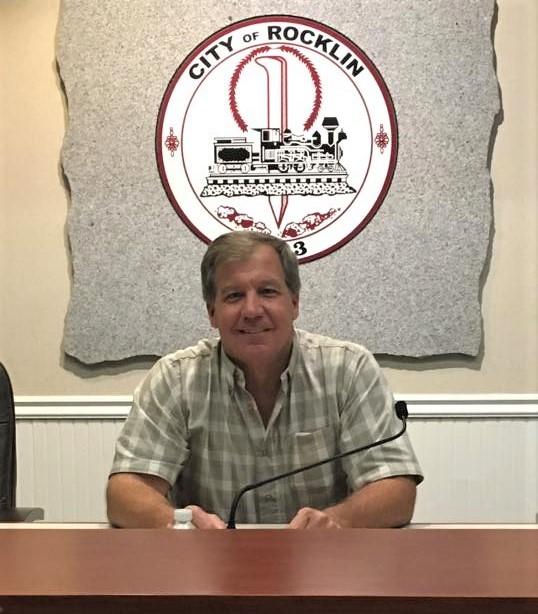 The Rocklin City Council unanimously appointed longtime Rocklin resident and businessman Paul Ruhkala to fill an unscheduled vacancy on the City Council during a special meeting on August 18.

Ruhkala will serve until the certification of the Special Election on November 8, 2022, wherein a candidate will be elected to fill the position. Ruhkala is not running in the election.

“The City Council is pleased to have Paul Ruhkala serving in this position,” Mayor Bill Halldin said. “Paul’s insight into Rocklin’s heritage, business acumen and connection to the community make him an ideal choice.”

The Ruhkala family has been working in Rocklin’s granite industry since the late 1800s and Paul has lived in Rocklin his entire life. Paul is the owner of Ruhkala Granite and Marble Co., serving the community for over 100 years.

His community leadership experience includes 18 years on the Rocklin Parks, Recreation and Arts Commission, 15 years on Rocklin’s Board of Appeals, and five years on the board of the former Rocklin Redevelopment Agency. He has also served as president for the Rocklin and South Placer Rotary Clubs, and the Granite Trade Association.

“Over the past two decades, I have served the Rocklin community in several different roles,” Ruhkala said. “I believe in making lasting changes and being a part of the City Council will allow me to assist in driving our community toward a better future.”

Ruhkala will be ceremonially sworn in and sit on his first City Council meeting on Tuesday, Aug. 23.

Mayor Halldin thanked all those who applied to serve in this short-term position. “We are fortunate to have so many talented people willing to serve our community,” he said.