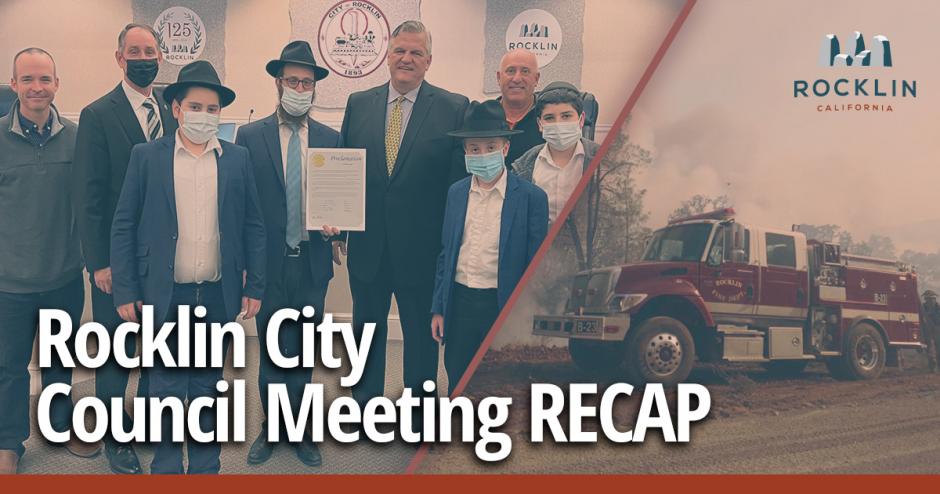 The Rocklin City Council approved an agreement Tuesday night to purchase three wildland firefighting vehicles, which will replace the portion of the Rocklin Fire Department’s aging fleet purchased in 2005.

The new vehicles will bring with them increased innovation for effective firefighting and improved safety features to keep firefighters safe during wildfire events.

A Type III fire engine is the main wildland firefighting vehicle often seen in rural and metro communities. The vehicle is typically a four-wheel drive apparatus designed for rapid deployment during wildfires.

The Type V vehicle is a heavy-duty pickup truck capable of initiating quick mobile fire attacks to minimize fire spread. This vehicle will also allow Rocklin Fire to better access some of the difficult terrain within the City that including the China Garden area and Clover Valley areas.

The three new vehicles will also have reduced emissions, making them more environmentally friendly than the current fleet.

Read the report and agreements

The Rocklin City Council proclaimed the observance of Holocaust Memorial Day on January 27, by calling to increase in selfless acts of goodness and kindness to all people, and commended the Chabad Center of Placer County for its work in teaching history so that we, as a community, will never forget the horrors of the Holocaust

Rabbi Yossi Korik of the Chabad spoke to the Council on Tuesday night and was insightful when he said that the history of the Holocaust is only helpful if it inspires us to be more proactive in our efforts to be respectful and honorable in our daily lives. He urged everyone, no matter our faith or beliefs, to do small acts kindness, which go a long way to illuminate the world with goodness.

The Council also proclaimed January as Human Trafficking Awareness Month, recognizing that human trafficking is a nationwide public health and civil rights crisis. It’s victims and survivors are everywhere, with Rocklin being no exception. The month is to raise awareness and educate the public on how to identify and prevent this crime.

The proclamation was accepted by a team from the local FBI division, who along with other agencies, work to combat human trafficking both domestically and abroad.

The Community Development Dept. presented the a building report showing $42 million worth of building projects permitted in Rocklin in last quarter of 2021.