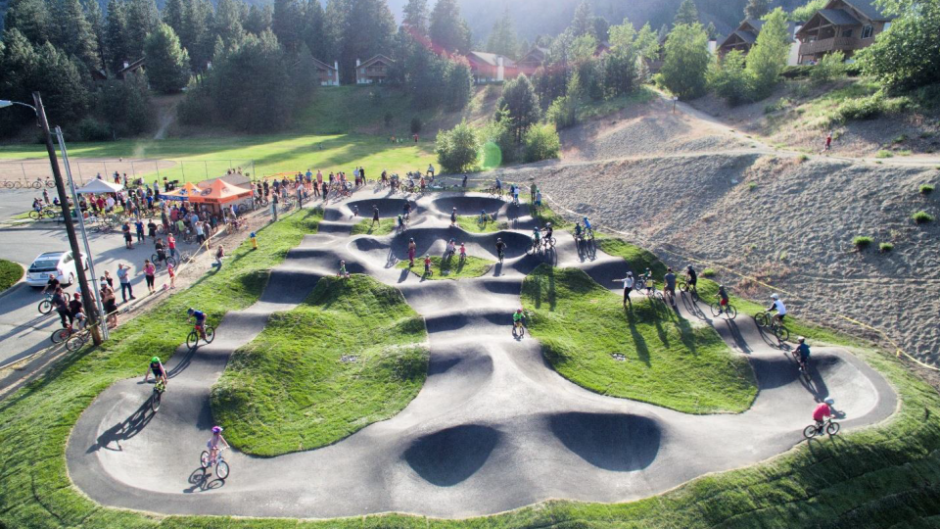 A bike pump track is pedaling closer to becoming a reality at Whitney Community Park after City Council directed staff to prepare a request for proposal to design the amenity on July 27.

A design for the track and related infrastructure will help City Council and staff better understand the costs of the project, identify potential obstacles to construction, and inform the project’s budgeting process.

“While the action taken at our Council meeting wasn’t a final decision to begin construction, it is a big first step to adding another unique amenity to our amazing parks here in Rocklin,” Councilmember Joe Patterson said.

A pump track is a course designed for bicycles with banked turns and hills, also called berms and rollers, where riders travel the course with minimal pedaling. Similar paved pump tracks to the Rocklin concept exist in Temecula, CA, and Leavenworth, WA, with dirt tracks open locally in Auburn and Elk Grove.

The idea was prompted by community interest, led by the Rocklin Bike Coalition, whose vision statement is “to build and maintain free to use, inclusive, recreational amenities that will benefit the current and future families of and visitors to the community of Rocklin, CA.”

City Council first took up the bike track idea on May 25, directing staff to research basic feasibility, potential funding sources and locations for the track. Sites considered were areas at or near Margaret Azevedo Park, Johnson-Springview Park, Twin Oaks Park, and Whitney Park.

Whitney Park was chosen as the best-suited potential site, given its dedicated development funding source (with funds currently available) and existing infrastructure, including surrounding bike trails and connection to storm drains.

Staff will work to prepare the request for proposal of design services and the solicitation will be announced, when ready.