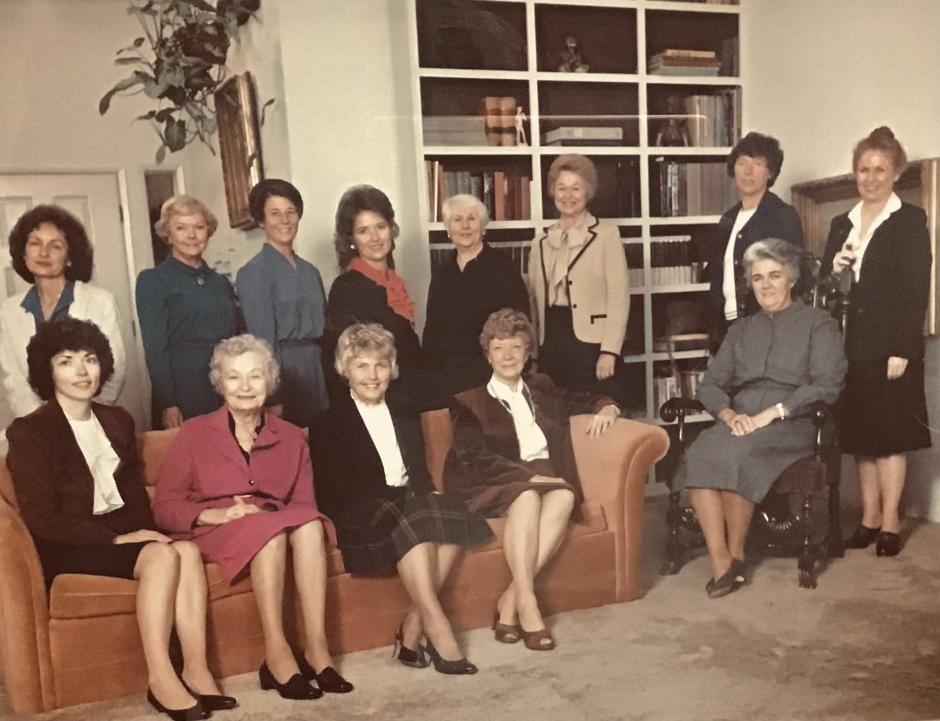 The names of the Original 13 Friends of the Library will be added to Rocklin’s Wall of Recognition on November 1 for their dedication to establishing a new community-based public library in Rocklin.

During the 1970s, community support for the small Placer County library was waning and the amenity was in danger of closing down. Thirteen Rocklin women, who had a passion for reading and for their community, took it upon themselves to raise support for the library system and gather funds to build a new one from the ground up.

The women were tenacious and advocated for library improvements in a variety of ways, contacting City and County officials, attending public meetings, and by forming the Friends of the Library non-profit organization, which exists to this day.

“They went door to door soliciting donations of $2 for memberships to the Rocklin Friends of the Library, and also set up book sales, bake sales, raffles, and even published and sold a Rocklin history book,” said Georgetta Dolinsek, current president of the Friends of the Library. “The final effort was the brick campaign, which would have people’s name on a brick in the community room of the new library for a donation of $100 or more.”

Support for the library grew and the Original 13 were able to amass 750 members from the 7,000 citizens in Rocklin during that time, earning the prestigious California Association of Library Trustees and Commissioners award in the process. Their efforts were finalized with the establishment of a new 5,264 square foot branch library in 1985, which would then be relocated to the Granite Drive building in 2011, providing 16,000 square feet.

Carol Peterson, a member of the Rocklin Historical Society, worked closely alongside the original 13 Members.

“These women were unselfishly giving and it is wonderful that their efforts are being honored on the Wall of Recognition,” Peterson said. “They provided leadership and felt that reading, education and community involvement were very important. Without these women and their formation of the Friends of the Library, we may be without a community library in Rocklin today.”