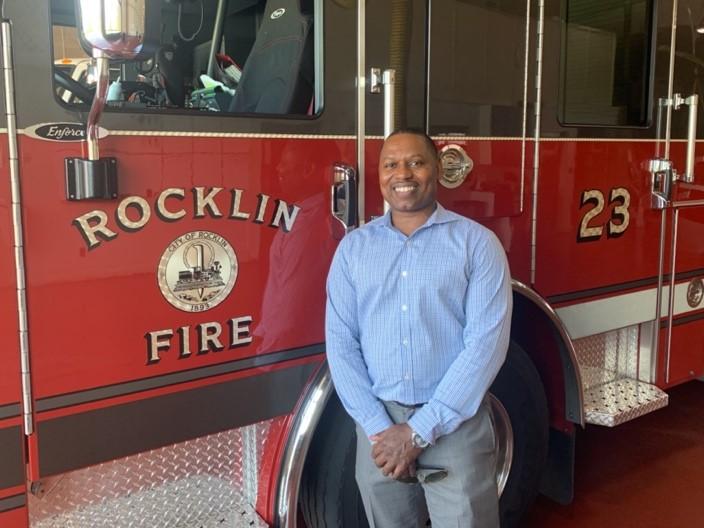 “Rocklin is a safe and growing city where the community really cares about where they live. I’m excited to join the department and enjoy a smaller community I can call home,” Williams said.

Williams’ goals for the department include incorporating technological innovations like emergency vehicle preemption (EVP) and digital patient record keeping into operations. He feels it is important to keep population growth in mind as well.

“We have an opportunity to look at growth, and I want to look at efficient ways to keep up with the demand,” Williams said. “As the community becomes more mature, we may also have to address increased medical needs in the coming years.”

Williams graduated from San José State University with a degree in Communication Studies, and he is pursuing his Master’s in Public Administration at the same institution.

“I believe that Chief Williams will be an effective administrator that can help the Rocklin Fire Department innovate,” said City Manager Steve Rudolph. “He has shown his ability to embrace public safety’s evolution and will ensure the City is able to continue to provide our residents the highest quality emergency services.”

Williams plans to relocate to Rocklin and looks forward to getting to know the residents he will be serving as Fire Chief.