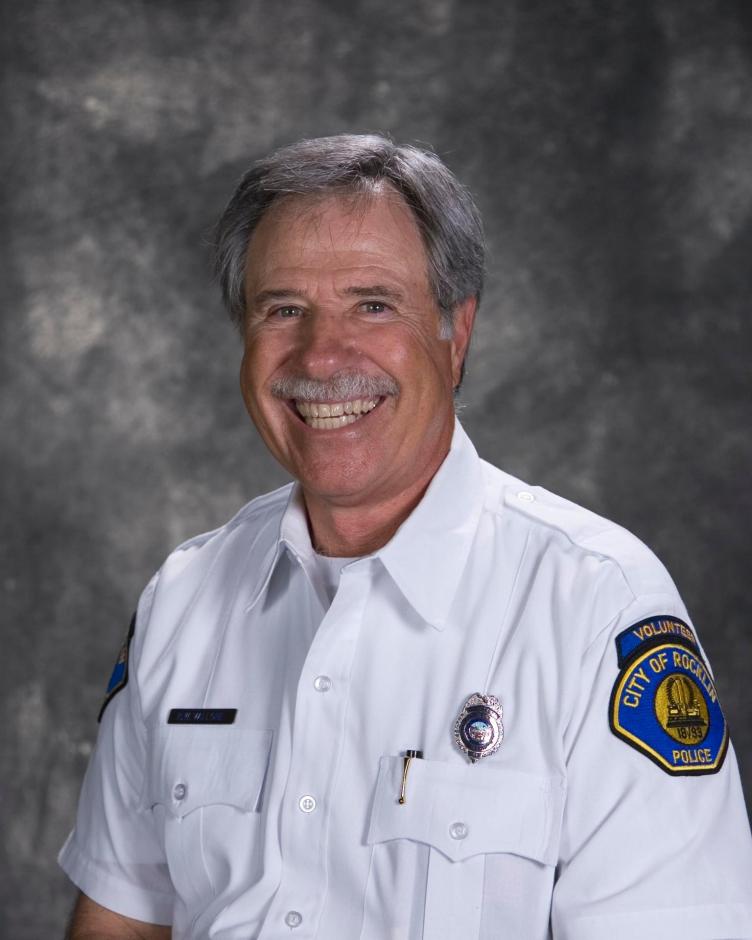 “Using his excellent people and managerial skills, Rich has been instrumental in recruiting, training, and managing members of the volunteer program,” said Mike Notolli, a former volunteer coordinator with the Rocklin Police Department.

After retiring from the pharmaceutical industry in 2002, Vallone sought “something meaningful to do besides playing golf and tennis.” He found his answer in attending the first Rocklin Volunteer Academy.

Vallone’s long list of accomplishments begins with his 5,000 hours of volunteer service helping run the department’s volunteer academy. Police volunteers are civilians who serve as extra “eyes, ears, and helping hands” for the Police Department. They patrol the City, provide traffic control, conduct vacation checks, and other related activities.

During Vallone’s time on the Foundation board, he assisted in adding three new board members, guided the growth of the annual fundraising golf tournament, and helped to rebrand the Foundation to assist the police and fire departments. Under his leadership, the Foundation acquired $20,000 of tactical gear for the Rocklin Fire Department, provided the Rocklin Police Department with a replacement bomb suit, and purchased two K-9 officers named Bronco and Condor.

In 2007, Vallone was given the Volunteer of the Year Award by Placer Law Enforcement Agencies.

“It is an honor to present Rich with a resolution recognizing him for his service to our community both as a volunteer and as President of the Rocklin Public Safety Foundation,” said Councilmember Broadway.

The recognition takes place at the Rocklin City Council meeting on Tuesday, February 11, at 6 p.m.