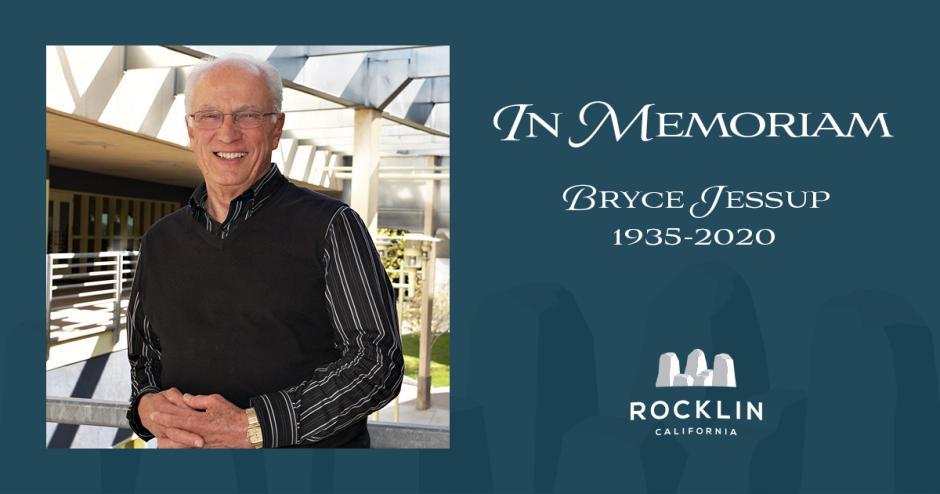 The Rocklin City Council is honoring the memory and life of Dr. Bryce Jessup, President Emeritus of William Jessup University, by proclaiming Saturday, August 29, 2020 as Bryce Jessup Day in Rocklin.

Jessup passed away in late July during a fishing and hiking trip in the High Sierras with family. The university has planned a livestreamed memorial celebration for Saturday, August 29, with COVID-19 precautions. Attendees are asked to RSVP in advance here.

On Tuesday night, the Rocklin City Council presented Jessup’s son Jim and his family with a resolution, and councilmembers shared a few words about Jessup.

“I had the opportunity to meet Bryce before the university relocated to Rocklin. The best word to describe him is joyful – no matter what challenge he faced, he was always a joyful person,”  Councilmember Bill Halldin said. “He was excited to get a great welcome from the community and never lost his appreciation for how Rocklin embraced him and the university. He was an easy person to embrace and we’ll certainly miss him.”

Bryce Jessup led the university as it relocated to Rocklin in 2004 from San Jose, where it was founded in 1939. He was fully immersed in the Rocklin community, both through the university and in his personal life. Under his leadership, William Jessup University invested tens of millions of dollars into Rocklin to transform the Herman Miller furniture facility into a university with numerous facilities 15 years ago

Jessup was recognized by the Rocklin City Council as a Ruhkala Award winner in 2010 for his volunteer work, mentorship, and many efforts that made a difference in the Rocklin area and around the world. He received a number of accolades in his lifetime, including a lifetime achievement award from a gathering of more than 100 regional churches and recognition from Placer County for his significant contributions to the community.

He lived just blocks from the William Jessup University campus and gave back in numerous arenas after stepping down as president in 2009. Jessup provided leadership and guidance as a pastor for Bayside Adventure Christian Church, took on the role of a donor development consultant for the university, and was a board chair for a locally-based international non-profit fighting sex trafficking.

His service inspired students of the university to do the same, resulting in tens of thousands of volunteer hours to local organizations, schools, and non-profits.

“You don’t realize how blessed my father was by your positivity, by your acceptance of William Jessup University in this community. Thank you for what it meant to him,” Jim Jessup said at the Council meeting Tuesday night.