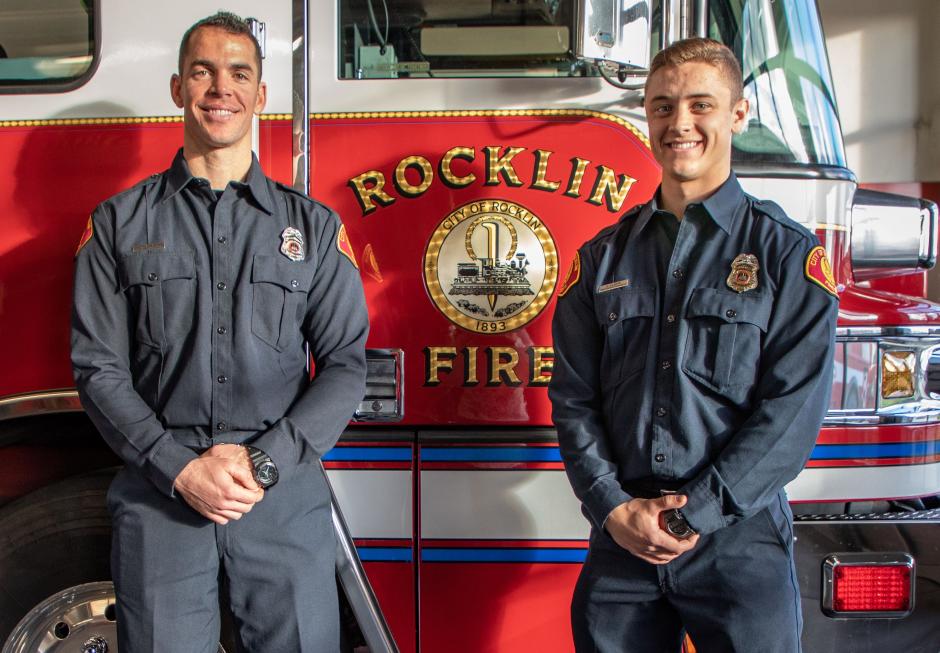 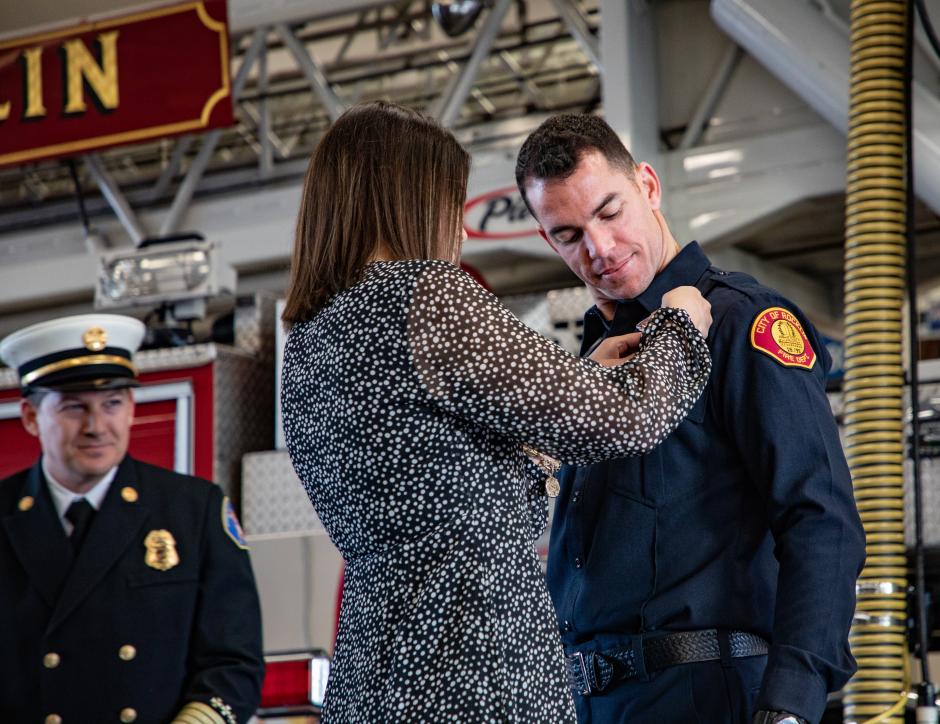 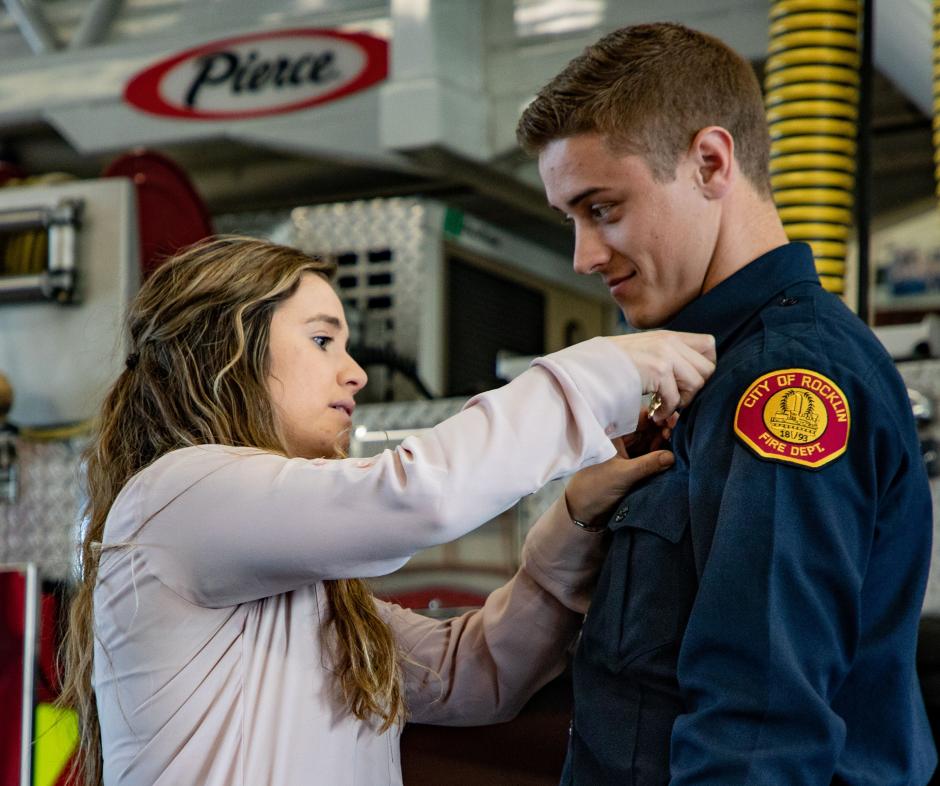 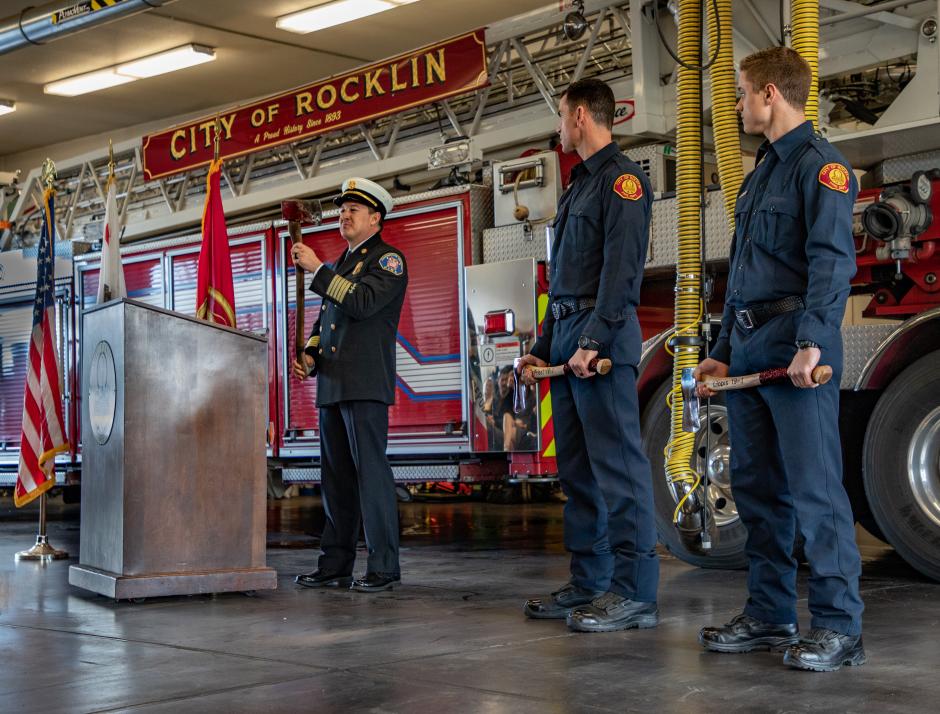 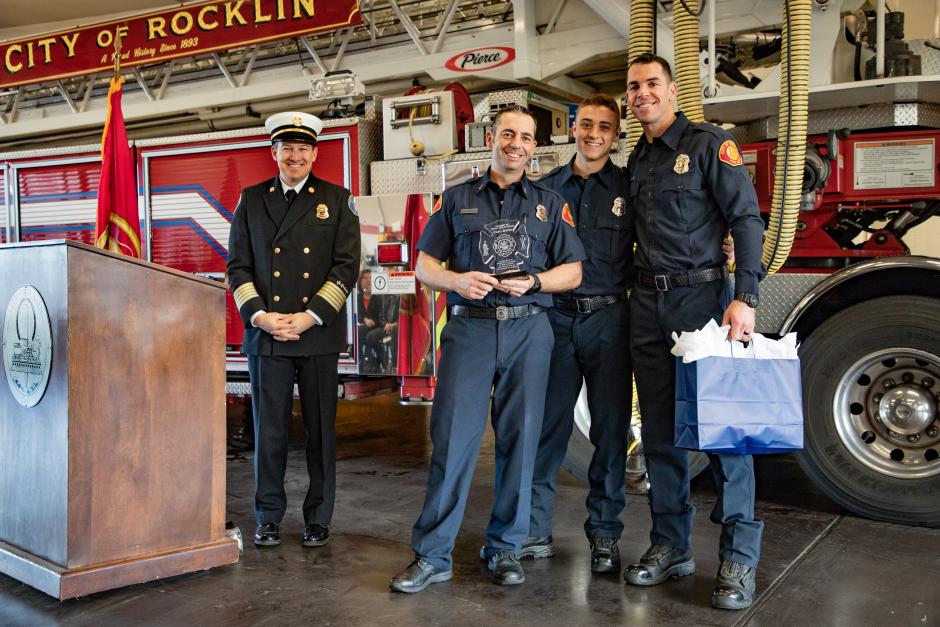 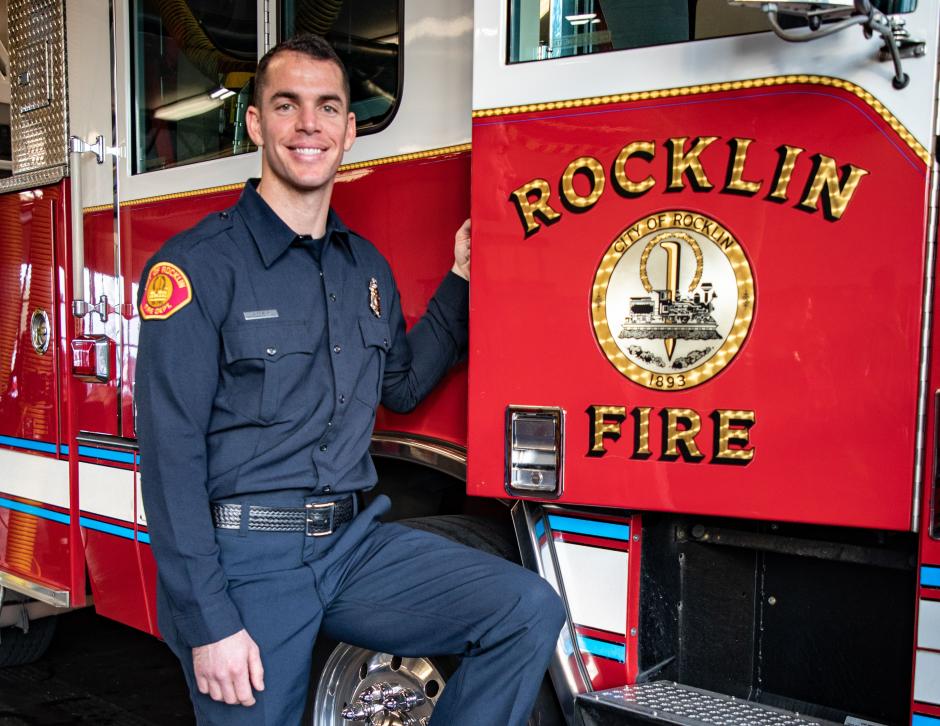 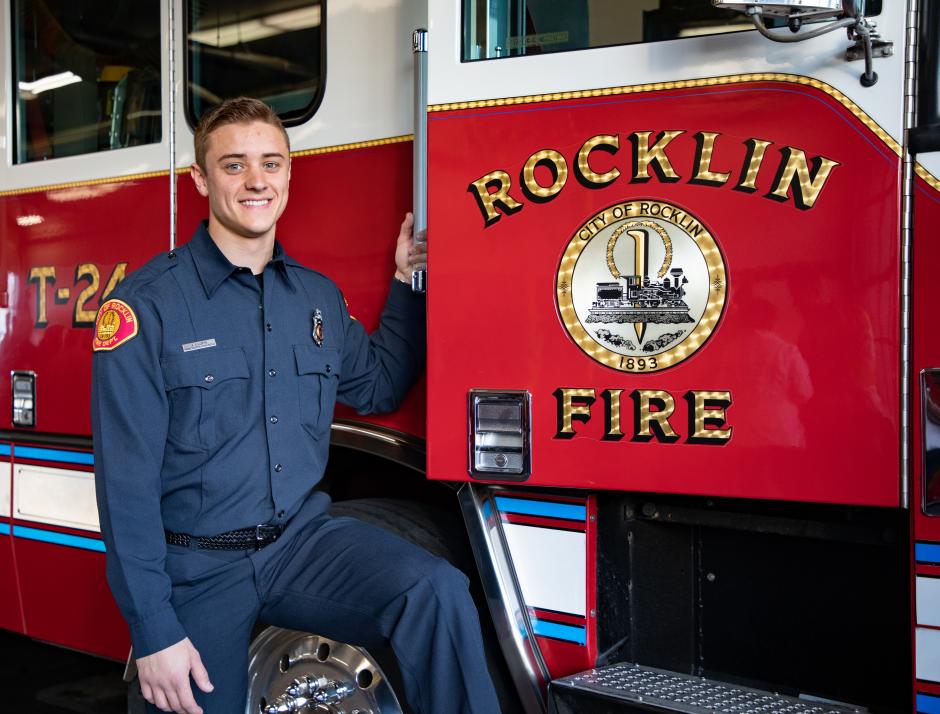 Jesse Llopis and Joshua Priest stood at attention in front of their families, friends and colleagues on February 14, eager to complete the final rite of passage and become Rocklin’s newest Firefighter-Paramedics.

The men awaited their department badges in a ceremony that was the culmination of an intense six-week training academy which featured extreme mental and physical pressure. On the final evaluations just hours before the ceremony, if even one mistake was made, they would not have been hired.

“We only hire the best of the best,” Fire Chief Bill Hack said at the beginning of his event remarks and clearly, Llopis and Priest had passed the test.

“We’re really excited to not only be here, but to get out of the academy and actually use that training,” said Priest, who worked with the Bakersfield Fire Department for the last six years as a suppression firefighter.

He said he appreciates the camaraderie of working in a fire department and that it reminds him of the brotherhood he felt playing baseball in high school and college. Priest’s wife Christy did the honors of pinning him with his badge at the ceremony, which was also attended by six of their local nieces and nephews.

For Llopis, completing his training and having his longtime girlfriend Valerie Calhoun pin on his badge is the realization of a childhood dream.

“It’s a calling for me,” said Llopis, who trained with two Placer County fire agencies and worked as a paramedic for American Medical Response before joining the City of Rocklin. “Ever since I was about six years old, I’ve wanted to be a firefighter.”

Both men previously completed the Firefighter 1 Academy through Sierra College and hold their state certifications. They also interviewed and were chosen out of hundreds of applicants for the positions with the City.

Over the next year of probation, Llopis and Priest will continue daily, in-depth training in addition to answering emergency calls. Fire Captain Jason Boyer says the firefighter-paramedics will be reevaluated to see if they still fit the department in 12 months. Are they team players? Do they put service before self and show an unwavering commitment to citizens?

“So far they have met our expectations and I have all the confidence they will continue to do so,” Boyer said.

Llopis and Priest’s respect and honor for the department was obvious when the two new recruits acknowledged Boyer during training with a crystal plaque, thanking him for his leadership.

At the conclusion of the badge pinning ceremony, Llopis and Priest were presented with pristine new axes for use on the job. At the same time, Chief Hack brandished one of the oldest and most-used axes in the department, hinting that he hoped theirs would mirror it in the future.