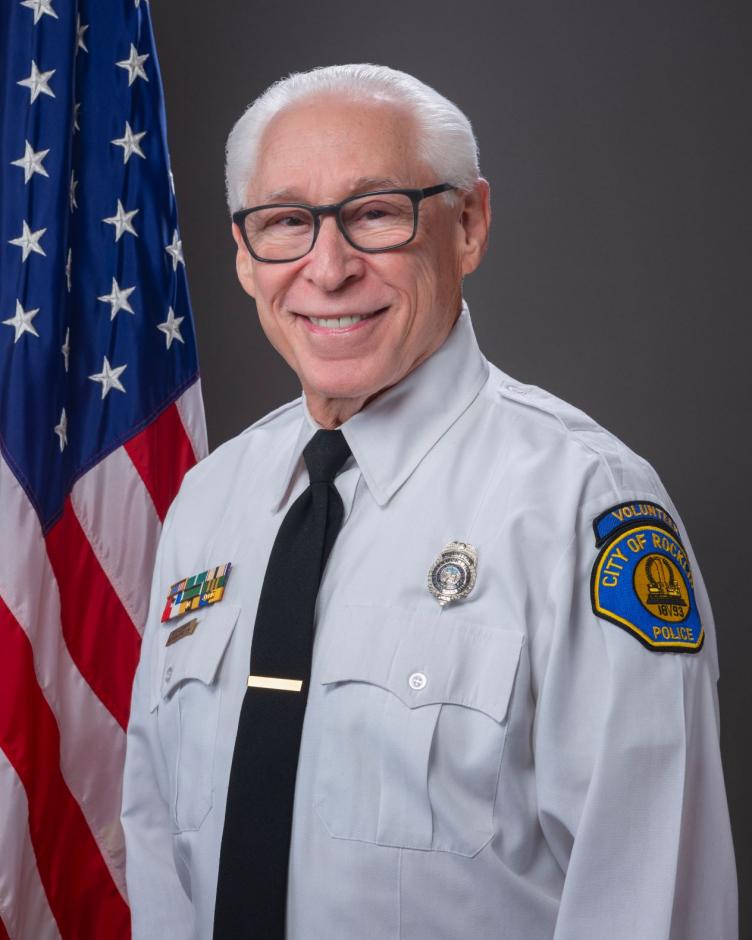 The City of Rocklin could not offer the quality programs and public services it does without the volunteers who work tirelessly to support staff efforts. 2021 Ruhkala Community Service Award honoree Stuart “Stu” Lehman is a great example of someone who has gone above and beyond to consistently serve Rocklin.

Since 2006, Lehman has given more than 5,000 hours of community service, acting as an additional set of eyes and ears for the Rocklin Police Department. He has dedicated his Monday nights to patrolling Rocklin streets as a member of the volunteer patrol team and worked alongside officers and staff to assist in DUI checkpoints, lost or missing persons cases, accidents, and any other situation where his help is needed.

“There is no volunteer currently in our ranks that is more deserving of the Ruhkala Community Service Award than Stu Lehman,” said Wendy Smith, the Police Department’s Volunteer Coordinator. “What I love the most about Stu is his willingness to roll up his sleeves and jump in wherever I need him. If I could just duplicate him, I’d have the perfect army of volunteers!”

In addition to his police volunteer work, Lehman has been involved with the Rocklin Public Safety Foundation for approximately eight years and is currently the acting President. Lehman has also played a key role in the organization of logistics for Patriot Day, an annual City event honoring current and former members of the military and first responders.

“Having seen this City grow from a population of 16,000 to 70,000 since 1991, and experienced firsthand the dedication of so many wonderful community members, I am continually motivated to do my small part,” said Lehman. “I am forever grateful to the men and women of the police and fire departments for their continued dedication to the principles of what makes a city great!”

Lehman was also honored with the police department’s Volunteer of the Year award in 2018 and is one of only seven Rocklin volunteers to obtain the Presidential Lifetime Service Award.

Lehman will be honored at the April 27 Council meeting along with the other 2021 Ruhkala Community Service Award recipients.