The Ruhkala Community Service Awards recognize exemplary community service efforts annually in the City of Rocklin. The awards were created to honor Roy and Peggy Ruhkala, a pair who worked for the betterment of the Rocklin community for over 40 years.

Read more about the 2020 honorees: 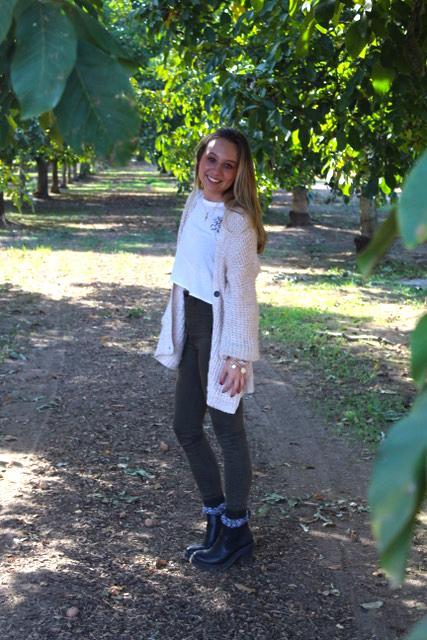 Julia Shohbozian, at just 20 years old, has been a board member of the Rocklin Historical Society (RHS) for four years. She has participated in the “Voices of the Passed” living history cemetery tours, where RHS members dress in period costumes and reenact roles of historically influential Rocklin residents.

Currently, Shohbozian is a vital part of the RHS Rocklin Speaker Series, hosted each month. She designs the advertising and introduces the speakers before they share special pieces of local history. The William Jessup University junior also aids in coordinating weddings and scheduling on the Old St. Mary’s Chapel committee. She greets guests, gives tours of the property, and answers questions guests may have.

Ruhkala Youth Award winners are traditionally 18 years old or younger, but Shohbozian was offered the award, and accepted, on the strength of her accomplishments over the past four years and her continued commitment to the community and City. 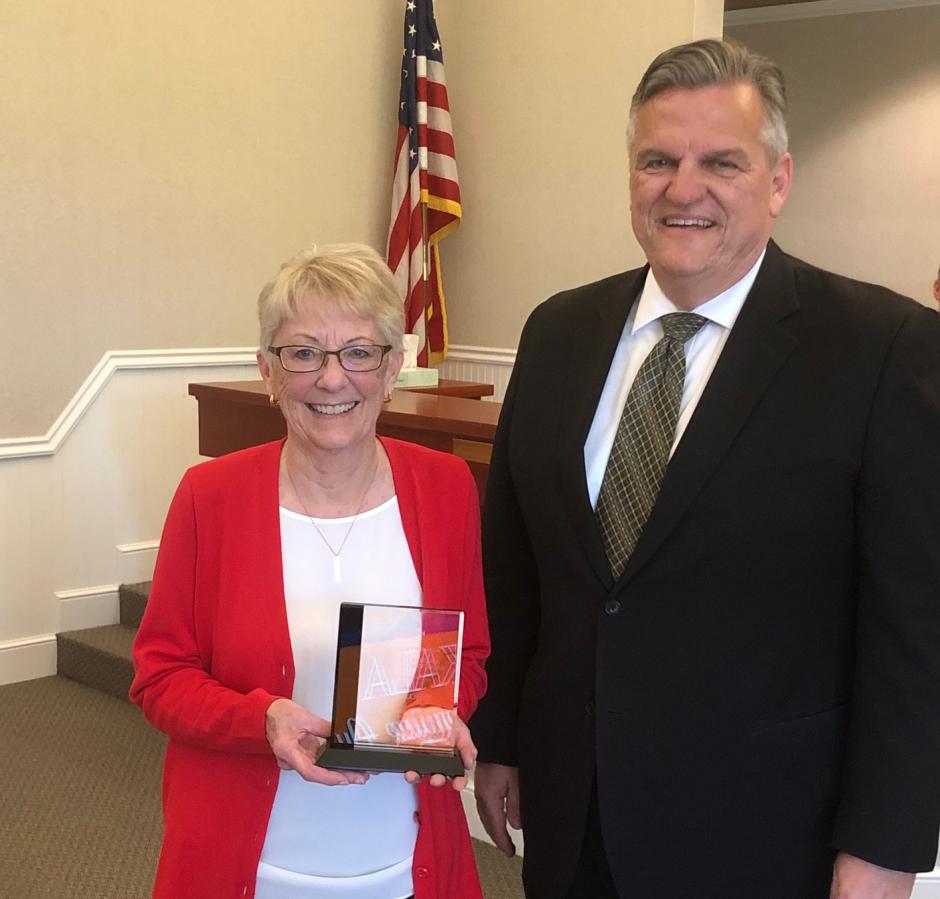 Since 2004, Nancy Lohse has been a vital part of the Rocklin Historical Society (RHS) as a member and volunteer. One of her biggest contributions to the organization was to start the Rocklin Historical Society Scholarship, awarded to graduating Rocklin seniors interested in history. Each year, she organizes the reading of applications and awarding the scholarships to the most deserving.

Lohse also represents Old St. Mary’s Chapel on the RHS board, and many of her works in the community have been focused on protecting the historical building and its legacy. She organized the third grade coin drive that helped to save Old St. Mary’s Chapel, and a subsequent coin drive that installed a granite fountain at the chapel.  Lohse has run the chapel for nearly a decade, helping with events and leading tours to over 700 third graders annually.

Lohse has also volunteered for Run Rocklin for the past 15 years and coordinates an annual school-wide toy drive at Valley View School benefiting the Placer County Receiving Home. 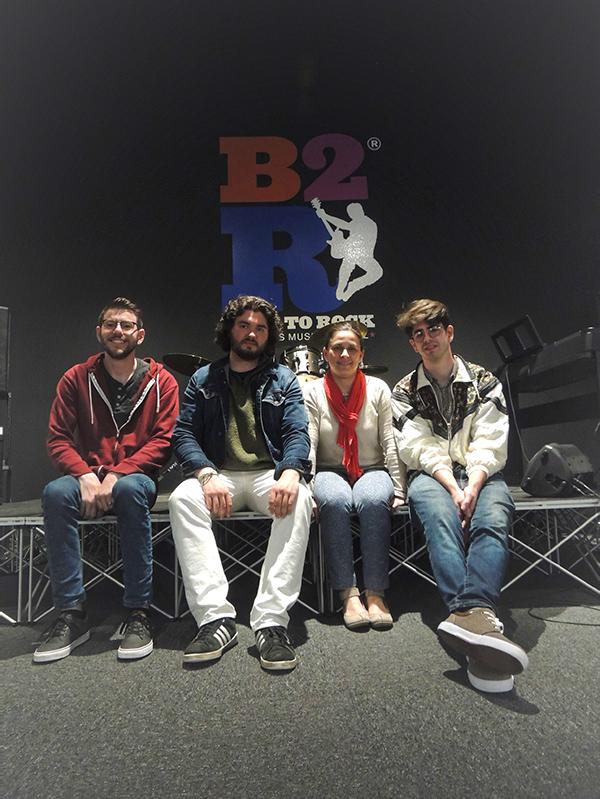 This local music school gives back to the community in a variety of ways, including supporting fundraisers and providing free student band and DJ services to events.

Bach to Rock brought music to multiple Rocklin elementary school dances, carnivals, fun runs, and family fun nights. For the Rocklin Unified School District’s RUSD Rocks event, Bach to Rock provided music while new families were welcomed to school. On Patriot’s Day, the business worked together with Rocklin Public Safety Volunteers to manage sound for the event that honored those who serve the community and country.

Bach to Rock also is heavily involved with the Rocklin Chamber of Commerce, donating to the Chambers Adopt a Family program and hosting the Sunrise with the Chamber networking event. 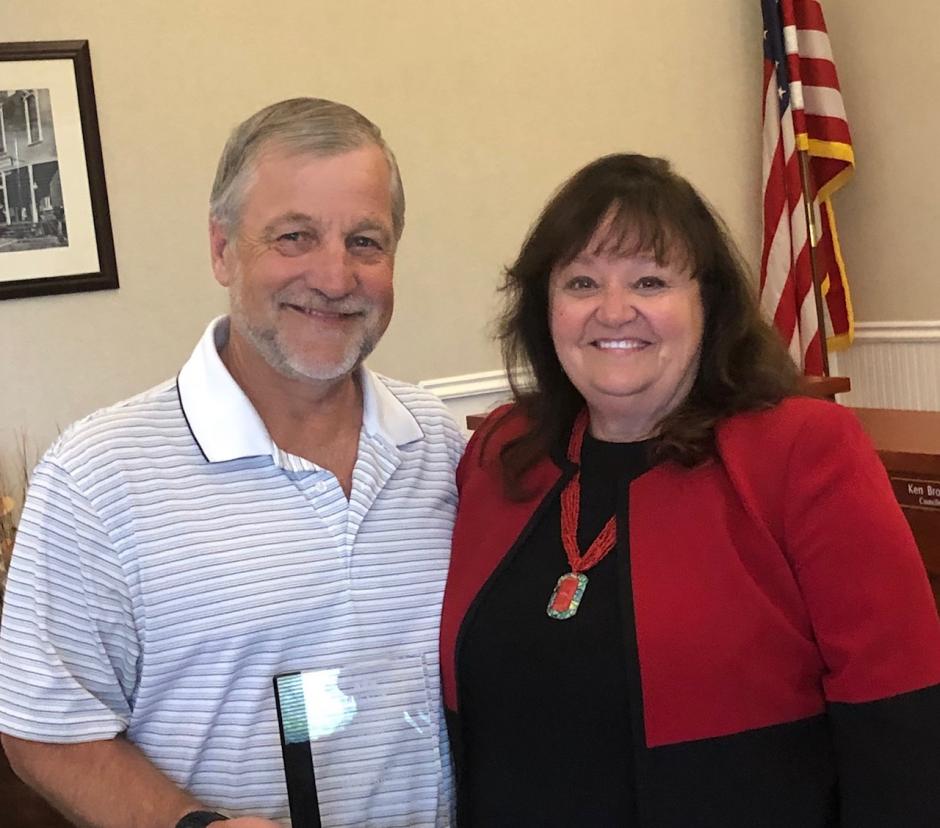 Riemer developed and managed recreation programs for over 26 years as the former Director of Community Services and Facilities for the City of Rocklin. He also managed the creation and maintenance of more than 25 City parks and various City buildings. During his time with the City, Riemer structured agreements allowing limited cell towers on Rocklin park land. The hundreds of thousands of dollars in City revenues generated annually support vital public services.

Riemer was a long-term volunteer and coach for both Tri-City Little League and the Rocklin Soccer Club. He also helped raise approximately $150,000 for school programs and non-profits leading committees for the Rocklin High School booster club and the Rocklin Mayor’s Cup golf tournaments.

Riemer currently works as a substitute teacher for Rocklin Unified School District; serves on the board of the Newcastle, Rocklin, and Gold Hill Cemetery District; volunteers for the Home Aid Golf Tournament; and is on the volunteer grant committee for the Arts Council of Placer County. 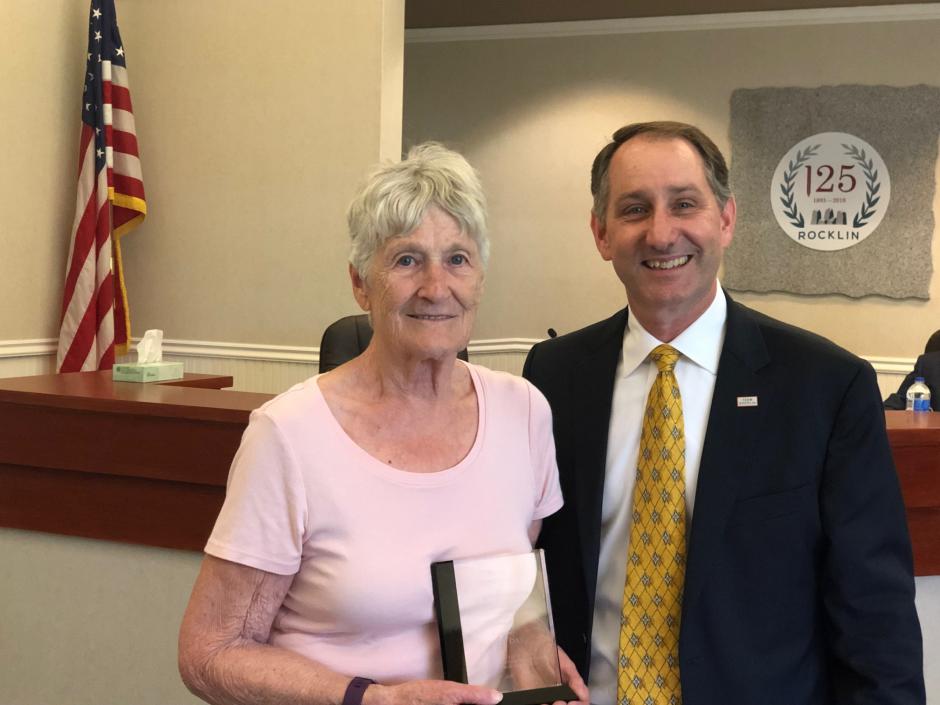 Jean Day has long been one of Rocklin Historical Society’s strongest advocates and has assisted with projects including constructing the Rocklin History Museum, restoring Old St. Mary’s Chapel, and developing museum archives since 2002. As an archivist, her dedication to organizing the past to keep it relevant today has been unmatched locally.

An expert on historical figures in Rocklin, Day provides residents, historians, and genealogical researchers alike with facts on pivotal people in Rocklin’s history.