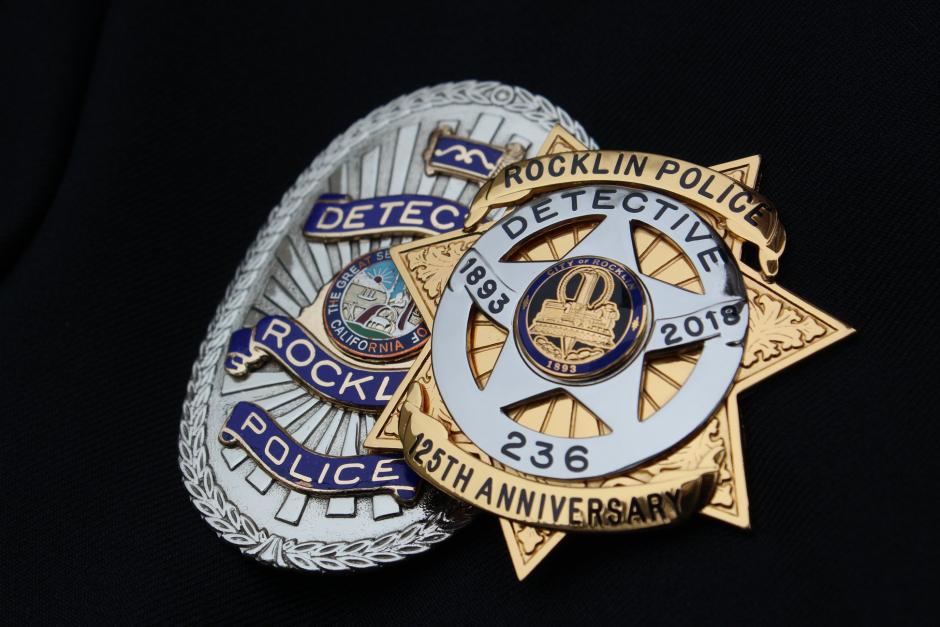 The Rocklin Police Department’s is celebrating the 125th Anniversary of the City of Rocklin with a commemorative badge that represents a melding of new and old.

The outer portion of the badge is a gold colored seven point star, with a silver colored circle and five point star in the middle. The five point star is reminiscent of the Sam Renaldi commemorative badge of 2014 and symbolizes the first Marshal of Rocklin.

In the very middle of the badge is the City Seal surrounded by the “thin blue line”, a recognized symbol of law enforcement.

Each badge is adorned with upper and lower rockers with the Rocklin Police Department name and 125th Anniversary, along with the Officer’s rank and badge number or name. Officers have been approved to wear the badge until February of 2019.

Rocklin has a rich history and is primed for continued success. The future is bright thanks to the businesses, organizations and residents that make up our community!