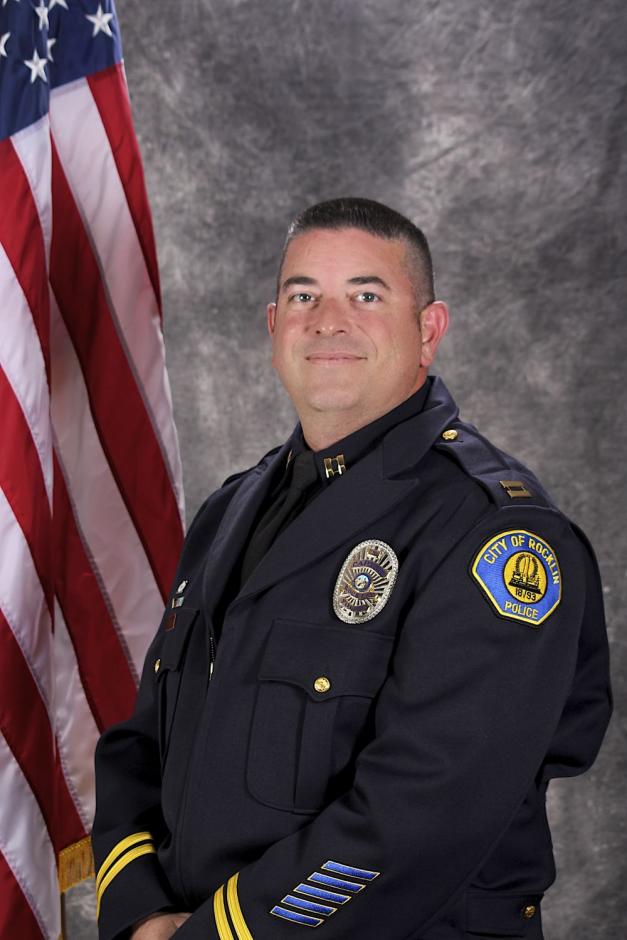 Chad Butler, previously a Police Captain with the City of Rocklin and an officer focused on public safety for more than 20 years, has been appointed as Rocklin’s Interim Police Chief.

Butler succeeds Ron Lawrence, who has accepted a position as Police Chief for the City of Citrus Heights, effective Monday, Oct. 31.

“I am excited and humbled to be given the opportunity to lead the outstanding men and women of the Rocklin Police Department,” Butler said. “The City of Rocklin has one of the lowest crime rates in this region and I look forward to continuing our established philosophy of being guardians of this community in partnership with our citizens and business owners.”

Butler has a Bachelor’s Degree in Criminal Justice Management and is actively pursuing his Master’s Degree in Law Enforcement Executive Leadership. He is also a graduate of the Sherman Block Leadership Institute and the F.B.I. National Academy in Quantico, Virginia.

“Chad has been a huge part of the success at Rocklin PD over the past decade and is a professional police executive who has the experience needed to take the department to even greater heights,” former Chief Lawrence said.

Butler is focused on continuing to build partnerships with the community through innovative programs, educational opportunities and social media outreach. He’s also dedicated to ensuring the department continues to provide the highest quality service and staffing levels that the citizens of Rocklin have rightly come to expect.

“Chief Butler has proven himself as a leader during his 13 years with the Rocklin Police Department,” said Rick Horst, City Manager. “I can think of no one better to step up and continue the high standard of public safety set here in Rocklin.”